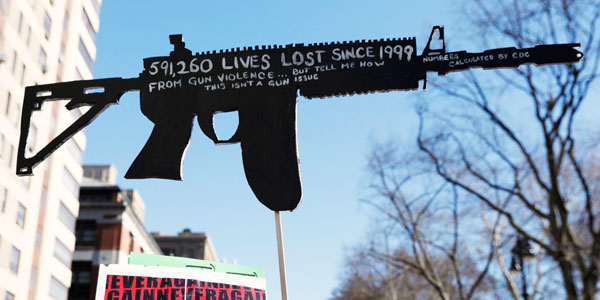 A recent surge in funding from state and private sources for gun research seems to be in response to the numbers of mass shootings and the limited data and information that is available. Why is this so? One only need look at who the “influencers” are in the world of guns and gun information.

In 1996, the Centers for Disease Control and Prevention (CDC) was ordered to stop funding all research into causes of gun violence. It seems that in 1993, researchers explored the claim of the National Rifle Association (NRA) that households with guns were better protected than those without. What the CDC found was the opposite—that households with guns were at greater risk of gun injury.

To this day, gun rights advocates dispute the study’s findings. The NRA pushed Congress in 1995 to stop the CDC from spending taxpayer money on research that advocated gun control. Congress then passed the Dickey Amendment in 1996, and cut funding that effectively ended the CDC’s study of gun violence as a public health issue.

But today, outside of the federal government, there is a resurgence of interest in research on gun control, gun safety, and guns as a public health issue. Funds from both states and private sources are supporting this work, and researchers whose work languished for years are almost giddy with what they are now able to do.

“All these new people are coming,” said Garen Wintemute, a professor who directs the Violence Prevention Research program at the University of California, Davis. “It used to be a dozen people in the country—now there are a dozen people in my building.”

Mr. Wintemute has made gun violence the central topic of his work. But for much of his career, funding was scarce, and he often dipped into his salary to subsidize the costs of his research. He said he expected the new investments to result in significant new advances; he described a big folder of study ideas in his office that might finally be realized.

But even with this great infusion of funding and interest from outside the federal government, the 800-pound gorilla remains in the room. The House and the Senate have yet to move on any significant gun regulations in spite of mass shootings and ongoing research. The NRA exerts strong influence over any legislation that contains regulations of guns, as NPQ wrote about earlier this month regarding the Violence Against Women Act, and continues to hold sway with its monetary influence. The joy of regaining a body of research on gun violence and gun safety is huge. The use of that information to build public policy that will ensure the safety of our children and families will be much bigger. Let’s hope that the federal government is listening.—Carole Levine