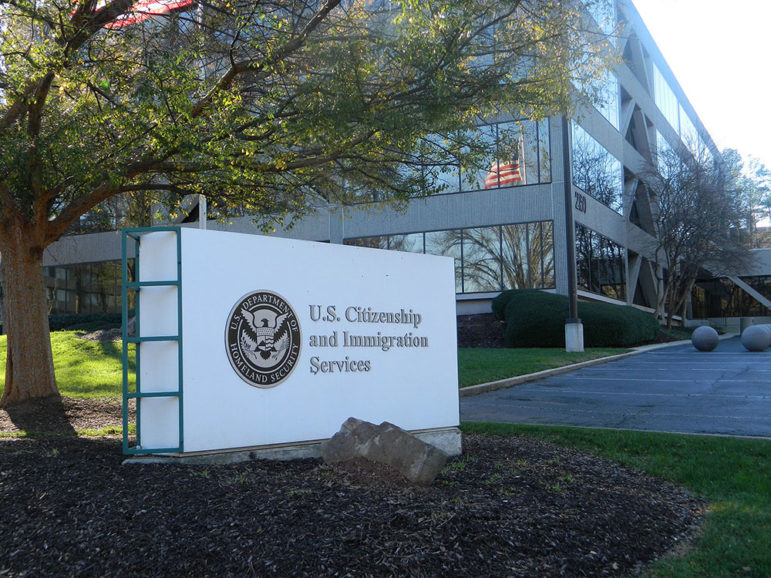 Immigrant advocates in New Mexico attribute the surge they’ve seen in applications for citizenship over the past year to the wish to vote in the coming election. This, they observe, may be motivated in part by a combination of years of record deportations under the Obama administration, Donald Trump’s anti-immigrant rhetoric, and the stepped-up citizenship and voter registration drives they themselves have been running. 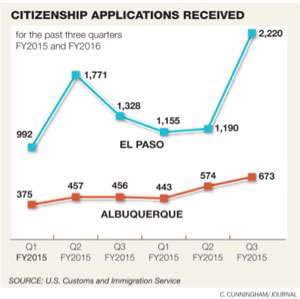 “This uptick has not happened by chance,” said Neza Leal Santillan, spokesperson for Santa Fe–based Somos Un Pueblo Unido. “It’s an intentional effort that immigrant families throughout the state have been working on.”

In southern New Mexico, Fernando Garcia, the executive director for the Border Network for Human Rights, says a corner has been turned.

We were facing a number of challenges. Some of these families did not trust the political system because they come from places like Mexico where the system is essentially broken. Once they got legal status or became residents, they didn’t do the effort of becoming citizens because they didn’t see the benefit. But that changed last year.

Although it was the fear of family separation that first alerted immigrant communities to the need to naturalize, Garcia says the real change came with “this very aggressive rhetoric coming from the presidential election, where the promise for the future was ‘build more walls and deport everyone undocumented in this country.’ People became really afraid, but they also got angry.”

Marina Piña, Somos organizer for southeastern New Mexico, said, “Definitely, we do expect to see a larger voter turnout. We have been working on the ground doing voter registration day in and day out in the areas of Roswell, Hobbs and Clovis. Many of our members who are doing the work can’t even vote.”

Voter registration, of course, is done without partisan intentions. The candidates can speak to these increasingly enfranchised communities for themselves.—Ruth McCambridge