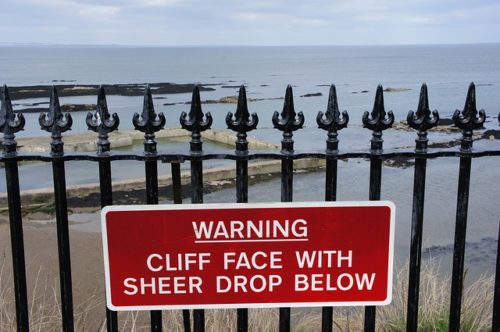 A new philanthropic project called the Open Road Alliance has been established to help grantees that hit snags in promised projects. It is intended both to help the grantees complete projects and educate funders about the need to be supportive when such snags appear.

The Haitian nonprofit organization SOIL provides toilets to the poor residents of Port-au-Prince. These toilets don’t just offer residents a measure of dignity and safety; they also lead to the production of fertilizer, fueling employment opportunities and environmental restoration. Working since 2006, the organization, with a budget of $1.3 million, has empowered some of the poorest communities in the world to restore their environment by transforming hazardous pollutants into precious resources.

Providing services in Haiti is fraught with challenges and risks. SOIL is increasing the probability of success by employing staff who speak the local language; putting local suppliers, including local residents, to use in decision-making; creating projects with an earned income stream; and valuing diverse educational experiences. Even with all of these measures, the project was on the edge of failure less than two years ago when the private company running the local landfill lost their contract. Afterward, the area became full of smoke as trash was burned to maintain access. Employees were only able to reach the site once every two weeks, and there was no contingency landfill in the area.

SOIL’s predicament is not unusual. According to two separate reports by the Clinton Global Initiative and the Open Road Alliance, about one in five projects face challenges that could “slow or derail” successful outcomes. The large number of projects facing adversity is due in part to the failure of nonprofits to discuss likely risks with donors and donors’ inability to identify potential complications. According to the Open Road Alliance’s report, 76 percent of donors don’t ask potential grantees about the risks they face, and 87 percent of nonprofits leaders state that grant applications do not ask about potential hurdles.

The Open Road Alliance is a funding initiative providing one-time grants and loans covering “contingency funding that nonprofits frequently encounter” across sectors worldwide. Its report is based on its survey of four hundred grantors and grantees. The findings were centered on a random sample of two hundred organizations designed to determine the frequency, donor response, current policies and procedures, and consequences of unfunded requests on the relationship between funder and recipient.

Due to these findings, Open Road Alliance teamed up with the Rockefeller Foundation and Arabella Advisors to assemble two dozen organizations, including the Bill and Melinda Gates Foundation, Goldman Sachs, and the law firm Patterson Belknap Webb & Tyler, to develop a toolkit to identify and assess project risks. The new resource is available to the community and is constructed to encourage donors to use it in whole or in part to better assess project success.

The kit is part of an increased need to apply business fundamentals to grant making and to encourage grant makers to strategically take on more risky projects. To be more strategic, grantors need more information. The kit includes seven items to help facilitate conversations between donors and potential grantees. Equally important, the developers acknowledge the power differential between grantor and grantee.

“Part of the reason we focused on donors is they have the money,” said Dr. Michaels, a clinical psychologist who is married to David Bonderman, a founder of the private equity firm TPG.

“There’s a power differential,” she added. “It’s hard for a nonprofit to come to a funder and say, ‘How are you going to insure us if something gets screwed up?’”

While funders are fond of touting the need for innovation, taking risks and being open about the inevitable complications that surface is still somewhat foreign to many nonprofit/funder conversations. The answer, according to Open Road Alliance, is less about being a helicopter funder and more about simply being available to face reality with resources. This culture change could not come soon enough for SOIL. As the landfill access challenges continued, the organization went back unsuccessfully to its project donor to ask for additional support. The donor suggested Open Road Alliance, who granted SOIL $100,000 for a new composting site.—Gayle Nelson