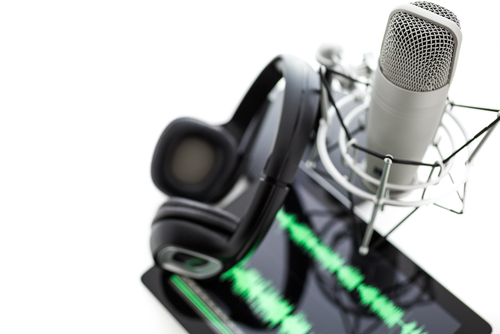 Months after This American Life wrapped up the first season of its hugely popular true crime podcast, Serial, another podcast on the murder of Hae Min Lee and the prosecution of Adnan Syed for the crime is hitting the inter-waves. Rabia Chaudry, a lawyer and family friend of Adnan Syed, has begun to crowdfund Syed’s legal trust, which sponsors the new biweekly podcast, Undisclosed.

Readers may remember Sarah Koenig, a This American Life producer, narrating the Serial podcast last fall and ultimately coming to the conclusion that she was not convinced of Syed’s guilt. Syed was found guilty at 17 of his ex-girlfriend Lee’s 1999 murder and was sentenced in Maryland to a life sentence plus 30 years.

The podcast was launched earlier this week and is cohosted by Colin Miller, associate professor at the University of South Carolina of Law, Susan Simpson, an associate at the Volkov Law Group, and Chaudry. Chaudry, who first brought Syed’s case to Koenig, makes it clear this podcast has no relation to Serial. She has said that unlike Koenig’s “journalistic” approach to Serial, Undisclosed is instead an in-depth, investigative look at the case through the lens of three lawyers.

The first episode focuses on a question that Chaudry says she often receives from Serial listeners: Why doesn’t Syed doesn’t remember anything from the day of the murder? In fact, Syed not only remembers a good bit of this day, but he has stayed consistent in his story, according to Undisclosed. Not to mention, if listeners remember Koenig’s own astute observation from the first episode of Serial, as soon as you assign any kind of importance to a particular day, you’re more likely to misremember key details from it.

Among the pieces of evidence the first episode of the series considers is the significance of the testimony of Lee’s friend Debbie, a prosecution witness who contended that she had seen Syed at school around 2:36 p.m., near the time the murder was taking place.

The podcast, though somewhat crudely put together without the professional bells and whistles of This American Life, is clearly intended to further support for Syed’s case. The fund has raised over $94,000 from 1035 supporters so far. Not only building off of Serial’s success, Undisclosed also capitalizes on much of the support Adnan that has received since the podcast aired.

With the issue of wrongful convictions and exonerations receiving more media coverage than any time recently, Syed’s case is ripe for anonymous donor support. NPQ has already written about how individual impact stories and tales of social justice are compelling sources of crowdfunding. It’s for very much the same reason why publications increasingly use “clickbait” to lure in readers—immediate gratification. Crowdfunding gives donors an immediate, charitable high, and it may just be enough to help fully fund Syed’s defense case if the public can raise the full $250,000 being asked.