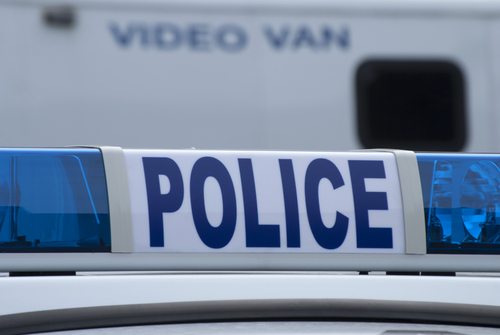 Amid waves of countrywide protests against police brutality, the U.S. Justice Department has released a damning report on the continued misconduct of Cleveland’s police, highlighting issues that have become prominent across the states in recent weeks.

The 58-page document paints a depressing picture of a police department that has run wild with the power entrusted to it. Examining nearly 600 use-of-force incidents from 2010-2013 along with thousands of related documents, the investigation found that a host of systemic problems and practices run throughout the department: insufficient accountability, inadequate training, ineffective policies, and inadequate engagement with the community.

The report was the result of a two-year investigation into the Department’s use-of-force practices, which have been frequently criticized. Officers have frequently fired at suspects without justifiable cause, used excessive force on the mentally ill, and beat helpless suspects that had already been handcuffed—sometimes as punishment. The report further detailed the extreme and unnecessary use of guns, Tasers, pepper spray, and physical force as commonplace.

“The use of force by police should be guided by a respect for human life and human dignity, the need to protect public safety, and the duty to protect individuals from unreasonable seizures under the Fourth Amendment,” the report said. “A significant amount of the force used by Cleveland police officers falls short of these standards.” The report also mentioned the city for failing to adequately investigate and discipline the officers involved in using excessive force.

The report is particularly significant after last week, when Staten Island grand jury decided not to indict the officer responsible for the death of Eric Garner, and just over two weeks after Missouri’s grand jury failed to indict the white police officer who shot and killed Michael Brown. The questions brought to the fore surrounding racial profiling and police brutality are particularly painful in Cleveland where, just more than a week prior, 12-year-old Tamir Rice was shot and killed by police as he held a pellet gun. The incident caused widespread anger and peaceful protests throughout the city.

These cases have starkly highlighted the delicacy of our liberty, freedom, and democracy. The systemic bias that has evidently penetrated the U.S. criminal justice system has exposed the fine and fragile line between assertive and repressive policing, and makes clear the need for reforms throughout this institution. The recent protests have made clear the widespread hope for a new political reality, and perhaps the report can be viewed as the first step to acknowledging these difficult questions.

U.S. Attorney General Eric Holder, for one, took a constructive attitude. “The reality is that there are problems, but I also think the people of Cleveland should have a sense of hope…that these problems have been identified and that they can be rectified.”—Hannah Butler