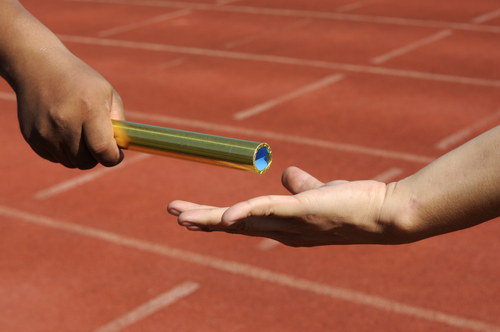 A study released today by Third Sector New England reveals that more of the troubles in leadership transitions may be on the “demand” rather than the “supply side.” In other words, the challenge may not lie in the supply of competent emerging leaders, as has been heralded in the past, but with the attractiveness of the job of executive. The study surveyed 877 leaders – mostly executive directors, and 330 board members in some detail.

The report of findings, “Leadership New England: Essential Shifts for a Thriving Nonprofit Sector,” is authored by Deborah Linnell and Hez Norton and is one of the more thorough and savvy looks we have ever seen at the state of leadership in nonprofit organizations. In a way, though, it buries its lede a bit in some semantics that we are coming to see as increasingly important. The overwhelming message, as I understand it, is addressed early in the report, in the discussion of the first major finding of three:

“Shift the framework for succession planning to deep sustainability.

“It is time to change how the sector thinks about and approaches succession planning. Succession planning is not just about preparing for an individual leader transition; nor should it be viewed as a technical fix or a transactional exercise. Rather, it is about ensuring organizational sustainability by identifying and addressing key vulnerabilities so that the organization is not dependent on any one leader, funder, strategy, or way of thinking. Succession planning touches on everything from framing choices for the future (including asking whether the organization should exist), developing sustainable business models, to strengthening staff and board leadership—in essence, all the core activities needed to support the success of the organization’s mission and its leaders over time.” (p. 9)

But, then, why are we calling it succession planning? This report, along with countless others, as these authors acknowledge, notes that many leaders project that they will leave their posts in the next five years—which, by the way, they do not necessarily do. This is still being used as a selling point for the creation of robust organizations as a kind of prophylactic against time and reputation wasting failure (that might embarass the funder as well as the organization) rather than to ensure a thriving, self-strengthening body capable of taking on the increasing complexities of our environments. For the latter, most of us realize, we need way more than one super-competent leader to make an organization thrive, yet here we are, reinforcing that focus.

Are we using the fear of a showy failure as a marketing point for strengthening organizations? Maybe. And if it works, that may be okay, but its focus on the single leader is still an odd mismatch.

Among the notable findings of this report is that approximately 23 percent of respondents reported being recruited into what was essentially a turnaround situation—slightly more than reported taking over a stable organization. Again, this looks like a problem not on the available-leadership side but on the attractiveness-of-the-job side. The problems most often encountered upon being hired, according to respondents, were financial. Yet, instead of falling prey to the usual assumptions about boards and their need to step it up on fundraising, the report takes a rational view of the role of governance in ensuring financial sustainability. In fact, it encourages a much longer term, and in our opinion more reasonable, view:

“Shift the vision for governance.

“The expectations and responsibilities of boards need to shift in favor of governance over fundraising, and that means developing a shared vision for the organization, along with strategies to implement that vision, achieving operational excellence, and, yes, finding the resources to support the work. A short-term focus on fundraising undermines long-term sustainability and leads to continued dissatisfaction between leaders and their boards. This shift will not only require a shared understanding of what is effective and impactful governance, it calls for a higher level of engagement and learning together between leaders and boards—changing what may be a transactional partnership into a generative and transformative one. This means improved communication about roles and priorities to be able to move forward with a shared vision for their organization, a shared understanding of how to achieve it, and shared accountability. Mutual understanding will help organizations be more sustainable and responsive, develop a healthy culture, and serve their communities more effectively.” (p. 10)

Finally, the report focuses on the tough financial environment in which most nonprofits find themselves. The search for sustainability when multiple funding sources are themselves often individually fickle can be frustrating, and for someone not deeply “in the know” about the transactional quirks of various income streams, the codes can be difficult to crack. Additionally, as the authors point out, the prevailing culture of enforced frugality leaves many organizations financially frail:

“Shift the structural paradigm to robust investment in the sector.

“Nonprofits can run great programs, but in order for organizations to be healthy and sustainable in the long-term, leaders and funders alike need to face up to the realities of what it takes to lead and manage organizations—financial capital, leadership development, learning and innovation and a well-compensated staff. Nonprofit overhead has long been the elephant in the room. The expectations placed on nonprofits and their leaders remain high, yet the core needs of nonprofits are often discounted with the outdated rationale and culture of thinking that low overhead = efficient and effective management. It is time for funders, nonprofits and communities to support these high expectations by investing resources and equally important, developing a culture that affirms the support of infrastructure and investments in leadership so that organizations can effectively fulfill their missio