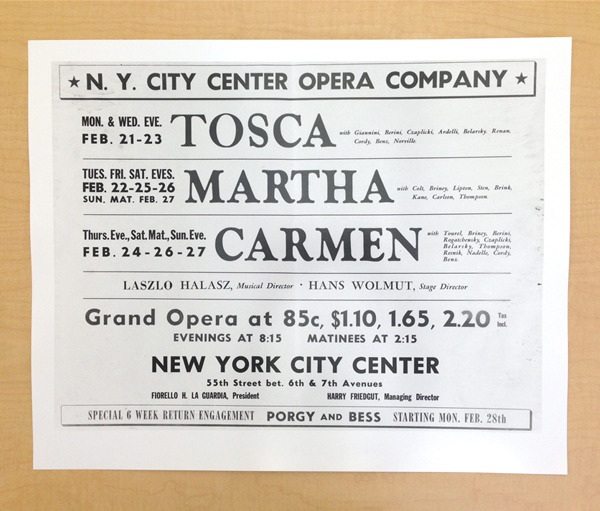 With a reputation for feistiness and innovation, the 70-year-old New York City Opera said this week that it needs to explore its options in light of the fact that it has failed to meet its stated goal to raise $7 million by Monday. Part of that was to have been raised on Kickstarter.com, but that part of the campaign, which had a goal of $1 million, has only raised $175,602 as of Friday morning at 9 a.m. The overall shortfall may cause the company to suspend the rest of this season, at the very least.

The $7 million goal the company declared in early September was only one part of what it would need to survive. For there to be a 2014–2015 season, the company would need to raise a total of $20 million, more than it has ever raised in one year.

“We’ll discuss it with the board and look at the options that we have. It’s pretty obvious what they are,” said board chairman Charles Wall. “One would be to see if we can continue beyond September for a while to see if we are able to raise some additional money. A second one would be to begin the winding-up process for the opera, at least for the season.”

Generally, the company will stage 12 to 16 operas and 130 performances in a season, but this year and last, that has declined to four operas and 16 performances. It’s endowment has shrunk nearly 90 percent since 2008, from $48 million then to $5.07 million at the end of June 2012, and more than half of that loss was in withdrawals totaling $24 million made in the 2008-2009 season when the company went dark. The money was used to pay loans and cover expenses. The endowment, which used to generate $3 million a year for the opera, is now generating $200,000.

“It’s incredibly difficult to run an organization of this size with our eye so closely fixed on the week-to-week cash flow. It saps the energy of the staff and frankly it undermines the bigger point, which is that the company by many measures is in better financial shape than it has been in a long time,” City Opera general manager George Steel said. “We’ve been creating some of the best work we have ever done, but what we cannot do without is the capital to make our shows happen.”

The company left Lincoln Center in 2009 to cut its expenses, and some credit that decision with its decline.—Ruth McCambridge