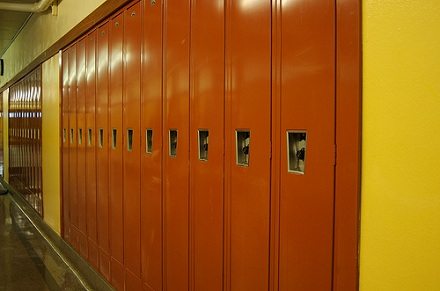 Advocates of school choice see the struggle to ensure that all children receive a high quality education that prepares them to be a successful adult as the natural outcome of a stagnant, bureaucratized system of public education. Allowing parents to choose the school they feel is best for their children unlocks market forces that will naturally push schools to improve. The theory is simple, but making it work in the real world has been very hard and the results have not been all positive.

In 2003, New York City Public Schools changed its approach to assigning their students to high schools. All 8th graders apply to as many as 12 of the city’s 439 high schools, which offer almost 800 distinct programs, and are assigned algorithmically to a school via a system similar to one that assigns medical school graduates to hospitals for their residencies. According to the New York Times, the theory is that this approach “unshackles students” from “failing, segregated neighborhood schools.…This process was part of a package of Bloomberg-era reforms intended to improve education in the city and diminish entrenched inequities.” In practice, though, the Times has found that while graduation rates have improved and the divide between black and white students has narrowed, the district is still far away from having every student attend a high performing school. And, despite a fully choice-based system, high schools remain almost as racially segregated as elementary and middle schools.

The educational market New York has created for high school students is large but imperfect. “Buying” the right school can be daunting, and the sheer complexity of doing so limits the impact of choice. Not all 13-year-olds are able to manage the effort needed to engage in the process, and not all parents have the time, money, and skill to guide and coach their children toward the right school. As a result, too many children end up in poor schools or a school that does not match their unique needs. Often, this unequal outcome reflects the same racial and economic biases that school choice is meant to overcome.

The sheer size of New York City and its system is problematic in a city that’s residentially segregated. Many of the better-performing schools are closer to more affluent neighborhoods, adding a major time and travel hurdle to the equation. Even with New York’s extensive bus and subway systems, getting to a “better” school may require travel times of an hour or more, which may not fit in a family’s schedule. For working parents who wish to be a part of their children’s school experience, these distances can be dealbreakers as well.

The inequality of the feeder system that prepares students for high school takes too great a toll for high school choice to overcome. The impact of poverty on school performance makes its mark well before the algorithm makes its assignment.

Students in competitive middle schools and gifted programs carry advantages into the application season, with better academic preparation and stronger test scores. Living in certain areas still comes with access to sought-after schools. And children across the city compete directly against one another regardless of their circumstances, without controls for factors like socioeconomic status. Ultimately, there just are not enough good schools to go around. And so it is a system in which some children win and others lose because of factors beyond their control—like where they live and how much money their families have.

For those who are assigned to a high performing school, the future is bright, but for those not that fortunate, choice offers no answers. The Times asked Measure of America to review outcome data. According to Kristen Lewis, a Measure of America director, the “data revealed, in essence, two separate public school systems operating in the city.”

There are some great options for the families best equipped to navigate the application process. But there are not enough good choices for everyone, so every year thousands of children, including some very good students, end up in mediocre high schools, or worse. The average kid has to be able to get a good education, because most people are average. It’s great that the high-fliers are succeeding, and they deserve the chance to succeed. But so do the average kids.”

The experience in New York illustrates the complexity and limitations of choice. Offering a diverse set of school options does allow a more tailored educational experience. But when not all choices are equal and some are still poor, overcoming the built-in bias of our society remains problematic. Josh Wallack, a deputy chancellor for strategy and policy in the NYC Education Department, summed this up for the Times: “Choice is a really important part of our system, but it’s not enough just to have choices. You have to have good systems and personal help in figuring out what the best fit is for you. We know different families need different kinds of help, and that is what we aim to provide.” And you need to not ignore race and poverty in developing a more holistic approach to educational improvement.—Martin Levine