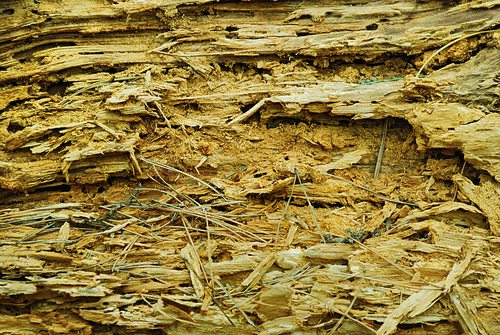 The City Journal’s senior editor, Steven Malanga, poses a question that’s challenging in its very formulation, not just its possible answer. Malanga, also a senior fellow at the Manhattan Institute, asks how “to change New York’s culture of nonprofit corruption.”

In truth, Malanga’s broad swipe at nonprofits is unwarranted. Malanga doesn’t back up the notion that the Big Apple’s nonprofit sector is somehow systemically corrupt, despite producing the likes of William E. Rapfogel, the former executive director of the Metropolitan New York Coordinating Council on Jewish Poverty, whose nonprofit ethics—dubious, to say the least—have been covered repeatedly in the NPQ Newswire. To the contrary, the aspersion that the nonprofits in the city or state of New York are somehow culturally corrupt is objectionable. The National Center for Charitable Statistics suggests that there are more than 61,700 501(c)(3) public charities registered in New York State, with over 27,000 filing Form 990s and another 15,000 or so filing 990-Ns, plus 11,500 registered private foundations and 18,500 “other nonprofits.” Very few of these thousands of groups have ended up in any trouble, much less the vortex of problems associated with Rapfogel.

What Malanga points out that does deserve scrutiny is a subject that we have covered at the Nonprofit Quarterly numerous times: the overly close connections between some nonprofits and some politicians, including where politicians funnel public funds to client nonprofit supplicants. The specific practice that New York has perfected in years past—and persists, unfortunately, to the present day in parts of the city council of New York City and the New York State legislature, despite various reforms—is the practice of awarding earmarks or “members’ items” infusions of cash to politicians’ favored nonprofits, often created or staffed by the pols’ staff members, campaign acolytes, or familial relations. Rapfogel was one politically embedded nonprofit leader, but Malanga adds additional examples, such as state senator Shirley Hunter and her nonprofit, Parent Workshop, Inc., state senator Pedro Espada, linked to a Bronx nonprofit he controlled and his son staffed, and city council members Larry Seabrook and Hiram Monserrate with their nonprofit relations.

Malanga mistakenly implies that this problem stems from the anti-poverty era, when the people who ran these community-based organizations gained political power and, in some cases, entered politics. He cites the example of Vito Lopez, who went from a nonprofit in Brooklyn to becoming a power broker in the state assembly while state funds went to the nonprofit where his campaign treasurer and girlfriend earned disproportionately massive salaries. To generalize from Lopez to impugn the array of antipoverty agencies across the board is really not right, not warranted, and not fair. For nonprofit leaders and the communities they represent, developing small-”p” political power to represent their interests is one of the key principles of successful mobilization. That’s not a recipe for corruption along the lines of Lopez, but a strategy for poor communities to develop effective voices in their futures, which would otherwise go unheard and ignored.

If Malanga’s diagnosis of systemic nonprofit corruption is recognized as overwrought, his solutions for New York concerning the relationships of politicians and nonprofits head in the right direction:

Add one more recommendation: Nonprofits in New York should be calling for a bolstered regimen of state oversight from the Attorney General’s office no matter what, and that means increased funding for the AG’s charity oversight unit. Cleaning up the corrupt exceptions to the rule, contrary to Malanga’s analysis, will help dissuade the likes of Malanga and others from imagining a systemically corrupt nonprofit culture.—Rick Cohen