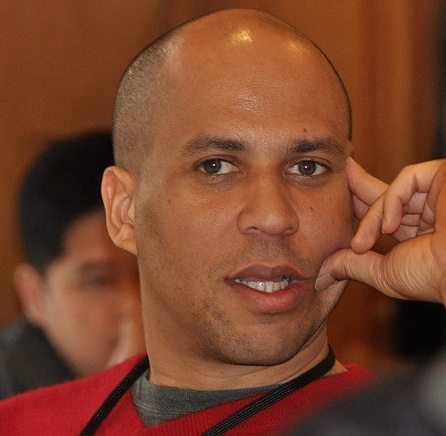 “Lets you and I try to live on food stamps in New Jersey (high cost of living) and feed a family for a week or month. U game?”

This tweet was from Newark, N.J. Mayor Cory Booker. This kind of public theater can be useful, as many of us are aware, in raising public consciousness, and Booker already has a large digital audience. The mayor’s challenge was directed at one of his more than 1.2 million Twitter followers who has been arguing with Booker about food stamps on Twitter and who told that Associated Press that she is a 39-year-old married mother of two. She has conditionally taken him up on it but says she is waiting to see what the rules will be. Booker says he is researching that.

“We’re going to set up the rules. And that’s what we’re researching right now. This will not be a gimmick or a stunt.” Booker says he wants the experiment to be an opportunity “for us to grow in compassion and understanding” and perhaps to clear up some misperceptions. The woman interviewed by the Associated Press, who says that she is the person behind the Twitter handle TwitWit, states that she hasn’t heard from Booker’s office but is frustrated that her input hasn’t been sought in researching the rules for the challenge.

Average food stamp benefits vary from state to state, as can be seen here. As of Fiscal Year 2011, average benefits in New Jersey were $133.26 per participant; in North Carolina, they were $124.58 per participant.

What do our readers think of this situation? –Ruth McCambridge