No Ill Wind for Wisconsin Center for Investigative Journalism 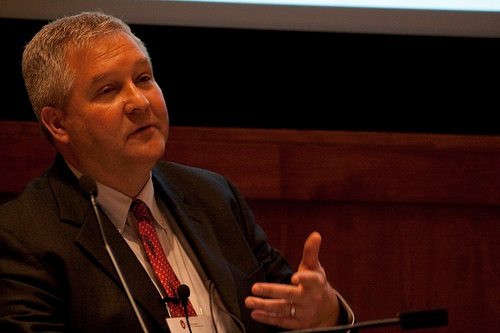 Sometimes, conflict can be collaboration in disguise. A month ago, NPQ covered the odd attempt by a few state legislators to evict the four-year-old Wisconsin Center for Investigative Journalism from its home at the University of Wisconsin and ban all professors and other employees from working with it. The center receives no financial support from the school, but it makes good use of student interns in its work.

But the attack attracted defenders of all political stripes and subsequently drew public attention to the increasingly importance of nonprofit journalism. One unlikely supporter was Charlie Sykes, a conservative talk radio host in Milwaukee who protested loudly. Andy Hall, the founder and director of the center, Hall says that he now believes the legislators did the center an inadvertent favor of sorts in helping to organize its base of support.

On Sunday, Governor Scott Walker vetoed the budget provision that would have evicted the Center.

“We’re still a small, financially fragile operation,” Hall says in retrospect. But, he adds, “the center now has more allies, and we have strengthened our resolve to dig into important issues in Wisconsin and train the next generation of investigative journalists.”

“The rise of nonprofits, particularly the ones that focus on investigative reporting, is an essential and promising trend,” he says. “If it continues, it can help better inform the public and the policymakers, who need reliable information when they make laws.”—Ruth McCambridge