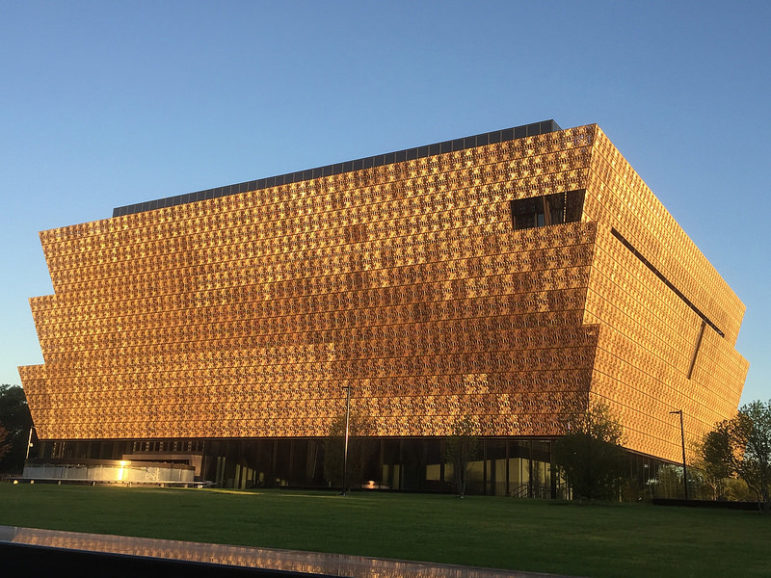 In a recent newswire, NPQ reported on the many families, individuals, and collectors who generously and respectfully donated personal and historic treasures to the new National Museum of African American History and Culture (NMAAHC) to enrich the stories that will be told there. To date, the institution has collected more than 37,000 items, although not all will be displayed. One conspicuous family that has not contributed any artifacts to NMAAHC—at least not yet—is the family of slain civil rights leader Martin Luther King, Jr. When the museum officially opens on September 24th, it will include 165 items somehow associated with King, but no “major” artifacts, and not a single object on loan from or donated by King’s estate or his three surviving children, Bernice, Martin III, and Dexter. (The eldest, Yolanda, died in 2007.)

King’s children did invite officials from the museum to visit Atlanta to view two items: King’s traveling Bible, last borrowed from the family for President Obama’s second inauguration, and his 1964 Nobel Peace Prize medal. But after a brief meeting in January, both items were returned to a bank vault with no offer of a gift, a loan, or any other arrangement. Those familiar with the estate—and especially with the infighting among the siblings—are not surprised at this outcome, given the “difficult and litigious” reputation the family has acquired. But there is a great deal of disappointment—and some anger—that the family did not offer something to NMAAHC, given the significance of this particular institution and all it represents at this moment in American history.

This excerpt from the Washington Post captures the tone of the backstory:

For years, the siblings have blocked media outlets from using King’s words or image without paying what some have described as exorbitant licensing fees. […] The estate also has sued when they think they are not being sufficiently compensated. That included going after King’s close friend Harry Belafonte when the actor and singer wanted to sell letters and other papers given to him by King for charity. Belafonte eventually sued the King estate and won the right to bring the items to auction. In 2013, the King estate, as part of a lawsuit, demanded that Andrew Young, another King confidant and the former mayor of Atlanta, be removed from the board of the King Center for Nonviolent Social Change after his foundation used material featuring King in a documentary. The case was dismissed.

The children have taken each other to court repeatedly. Bernice and Martin III once sued Dexter. Dexter sued them back. Most recently, Martin and Dexter sued Bernice over who has the authority to sell the Nobel Peace Prize and the Bible. Former President Jimmy Carter was brought in to help mediate an agreement.

This is the Smithsonian. This is not just another party. This is one of the most important institutions now in the 21st century. And this is probably the greatest civil rights leader in the 20th century. I find it shameful and I’m sad.

Historian David J. Garrow, who won the 1987 Pulitzer Prize for his book Bearing the Cross: Martin Luther King, Jr. and the Southern Christian Leadership Conference, had this to say: “I could not be more cynical, more jaded on this subject. Given the family’s behavior this last 20 years, they’re unlikely to have any interest in sharing without a large upfront payment.”

Young, while also frustrated with the NMAAHC situation, still feels for King’s children and all they have been through, noting that they were quite young when their father died and he did not leave them much money. He says he has told his own children how he hopes they will deal with their legacy, saying “nobody could take it away from them but it wasn’t to be monetized.”

Young stepped in when King’s four children announced in 2006 that they were going to sell their father’s papers at Sotheby’s. He supported then-Atlanta Mayor Shirley Franklin in raising $32 million to buy the papers from the family and place them at Morehouse College, King’s alma mater. Speaking of that sum, Young said, “I would have thought that would have been more than enough for four people to live on. But they spent their money suing each other about I don’t know what.”

Despite the disappointment surrounding a lack of King artifacts in the new museum, excitement continues to mount as the official dedication and opening on September 24th draws near. The museum was overwhelmed by requests for passes in advance to visit during the first days after the opening, and announced extended hours, making thousands of additional timed passes available in September. Timed passes are now available through the month of December.

To help ensure the financial well-being of the stunning new museum on the National Mall, NMAAHC has announced a special one-day giving campaign for today, September 13th.—Eileen Cunniffe