No Mystery in the “Why” of Scientology’s Largest Donor 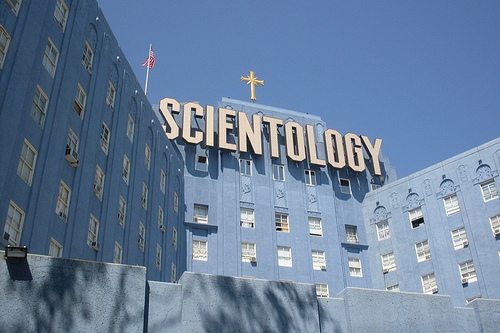 Robert Duggan, who is worth at least $1.2 billion, is not only the CEO of the biotech firm Pharmacyclics Inc. He’s also the largest donor ever to the Church of Scientology, according to Mark “Marty” Rathbun, the former inspector general of Scientology who has since left the Church. Rathbun told Bloomberg writer Brendan Coffey, “Duggan is the undisputed champion of donations to Scientology…He is in a category of his own, having donated more than $20 million. Nobody else even comes close to having donated that much.”

Why fund a cruise ship for the religion’s retreats, Scientology missions in Italy and the provision of thousands of copies of L. Ron Hubbard’s Dianetics to libraries across the U.S.? Well, nothing new here, but to hammer an old point home, the donations were made because of an intimate connection.

“Scientology and what it has made available to me in the way of courses and other programs has steered me in the direction of becoming a better and more capable person. Thus I feel it is an honor and personal obligation to share my financial success with Scientology,” Duggan is quoted as saying.

Even as we listen to people go on and on about the new donor interest in metrics, we continue to see evidence of these kinds of stories where personal meaning and connection is the spark and glue. Both results and relationships are necessary but relationships are “the door” in many cases. –Ruth McCambridge