Nonprofit Boards Can and Should Avoid this Problem with CEO Compensation 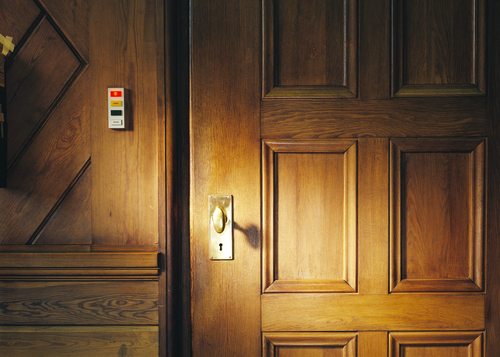 This story is not new. A CEO spends decades providing measurably great leadership for a nonprofit, but no one ever considers ensuring that she is able to retire at the end of all that. So the board plays a little catch-up and makes a lump sum payment, causing a media storm in which scrutiny is focused unkindly on the organization.

So it was with the now-retired CEO of Health Care and Rehabilitation Services. Judith Hayward had been at the organization for 19 years and had built its budget from $8 million to $50 million annually. She was given a $650,000 compensation package when she retired around a year ago. Approximately 85 percent of the organization’s budget comes from taxpayer money.

Even though these kinds of payments may not be illegal and may even be ethical, when they come to light, they almost invariably cause problems for nonprofits—especially those that receive public contracts.

In this case, the board crossed its t’s and dotted its i’s. The executive and finance committees made recommendations and the board approved the payment in 2010. But when the payment was highlighted during a recent audit, the current CEO, George Karabakakis, felt compelled to travel to Montpelier to meet with local legislators to explain.

“It felt to myself, to the board, and to the senior leadership team that it was really important to come out and share the information,” Karabakakis said. “I don’t want legislators, or our staff, or anyone to get half truths or hear about this through the grapevine or the rumor mill. It’s important to put it out clearly and say ‘This is what happened.’”

Hayward’s annual salary when she retired was about $163,000. “Everyone on the board thought she did a tremendous job,” said J. Allen Dougherty, who served as chair of the HCRS board when the retirement package was approved. “She brought the organization out of bankruptcy, developed new programs and everyone who had contact with her, including people from the state, thought she did a magnificent job. She never had a retirement package and the board thought this was a way we could make it up to her.”

Unfortunately, this year, for the first time in at least 10 years, HCRS employees did not get a raise, and Karabakakis said staff have been “disappointed, angry and outraged.”

“Some people may see it as excessive,” he said. “If we’re going to provide a deferred compensation package, it’s important that we look at the industry standard, and make sure that we do have a culture of openness and transparency.”

But the staff were unlikely to have been solely concerned about transparency. The other thing a board needs to ensure is that fair retirement benefits extend to all workers. The notion of caring only about the old age comfort of top employees is, naturally, abhorrent and insulting to many others. It’s no surprise, and in times where income inequality begs for our attention, our organizations should try not to mimic the bad policies of the larger economy.

Karabakakis said the whole incident has caused a review of employment policies, the establishment of a personnel committee, and a “commitment to open and transparent communication with all concerned.”

But all of that after-the-fact work is being done after the horse has left the barn. As reported here, Rep. Michael Mrowicki, who serves on the Human Services Committee, says he will bring up the possible oversight of executive compensation in the legislature. “These payments seem to have been structured in a way that they are legal, but they don’t really pass the smell test,” he said. “We are trying to figure out our next step.”

“Mainly we want to make sure this doesn’t happen again,” he said. “We wouldn’t want to set a precedent for other people to think they deserve more than they have been paid. The staff at these agencies work incredibly hard, and you don’t have to go very far to find people who are being denied services because they are told there is not enough money. These state agencies are entrusted with public money and the taxpayers deserve to be protected. It is frustrating and disappointing on a very basic level.”

The fact is that many nonprofits do not attend to retirement packages adequately until doing what feels fair on one level may look unreasonable to others. With as many baby boomers as there are in leadership at nonprofits, it is well past time to consider these issues.—Ruth McCambridge