Nonprofit Caught in the Middle of Chick-fil-A Tangle 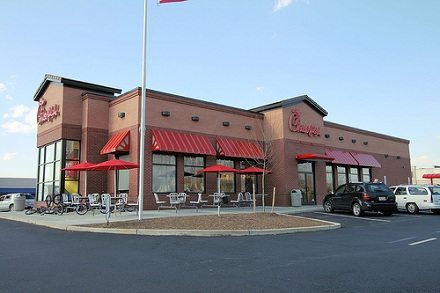 The controversy surrounding fast food restaurant Chick-fil-A put the Care and Share Food Bank for Southern Colorado in an “awkward position,” according to its CEO, Lynne Telford. In a brief recap of the backstory here for those of you who somehow dodged the cable news-fueled culture war deluge on this one, Chick-fil-A’s CEO has stated that his company only supports traditional marriage (i.e., it doesn’t approve of gay marriage). Boston Mayor Tom Menino replied with a statement encouraging Chick-fil-A, which had planned to expand into Boston, to take a hike. Since then, a small army of talking heads have sounded off on the issue. What, you might reasonably ask, does any of this have to do with a Colorado Springs, Colo. nonprofit food bank that’s trying to feed hungry people?

The Care and Share Food Bank for Southern Colorado’s annual food drive is sponsored by Chick-fil-A. As a result, LGBT activists in the area called for the nonprofit to make a statement denouncing the marriage stance of the event’s sponsor. “It is awkward, but we’re trying to feed people — that’s what we’re trying to do, and we set this up a long time before any of this came up,” Telford said.

One can easily see the difficulty of this situation for Telford’s nonprofit: no matter what she did, someone was going to be upset about it. To the chagrin of some local LGBT activists, she chose to go ahead with the event while pointing out, according to the paraphrasing of the Colorado Springs Independent, that “Chick-fil-A put no restrictions [on] how donations are used, and that Care and Share is an open and accepting nonprofit.” Was that the right move? If not, how would you have handled this “awkward position?” –Mike Keefe-Feldman