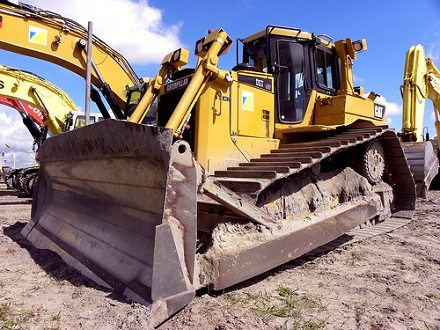 The problem for small and mid-sized cities is that they lack some of the perquisites that make large cities attractive to national financial intermediaries like LISC—such as big funders—but they often suffer social and economic problems little different that places like their big city brethren. Like most corporations’ relationship with their headquarters city, the Peoria-based Caterpillar has been a generous donor to charities in Peoria, counting some $50 million over the past three years to groups in the Peoria area, but this grant represents what Cat Foundation Vice President Michele Sullivan considers a shift in grantmaking toward “definitely making an effort to hit at the root cause issues.”

Caterpillar is hardly just a local giver. A quick review of its grants on the Foundation Center’s online database reveals a $12.5 million grant in 2011 on top of an additional $7.5 million between 2006 and 2010 to the World Resources Institute in Washington, D.C., several seven-figure grants to the Nature Conservancy, and other large gifts. But Cat is a big giver in its home Peoria area itself. Substantial grants have gone out from the Cat Foundation to Peoria-based nonprofits such as local chapters or affiliates of the Red Cross, Boys and Girls Club, Boy Scouts, Bradley University, the Children’s Hospital, the Junior League, Junior Achievement, the Peoria Symphony, the YMCA, and the World Affairs Council. But other than grant support for the local Habitat for Humanity, it is difficult to find much prior support from the Cat Foundation for nonprofit community development. Given the foundation’s large annual grantmaking, it is difficult to see how Peoria nonprofits would have to be concerned about a new $3 million grant by Cat to LISC.

Peoria is one of a number of small cities with big city problems. The south side of the city will benefit not just from LISC’s support of an infrastructure of community-based developers, but from the longer terms grassroots capacity that will likely emerge as people band together to take on the difficult social and economic challenges that, because they are so intractable, feel like they must be “root cause issues.” The Caterpillar/LISC announcement ought to play well in Peoria, but what about the community development needs of other small cities that don’t have a major foundation grantmaker (and a corporate headquarters) comparable to the Cat Foundation and the Caterpillar company within their city limits?—Rick Cohen