Nonprofit ED Objects to His Use in 5-Hour Energy Ad 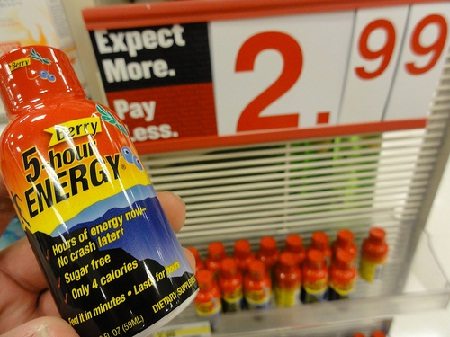 If you’ve turned on a TV or walked into a convenience store recently, you’ve probably seen ads for—or bottles of—5-Hour Energy. The energy drink product has been engaged in a public relations battle, particularly after several of its advertising claims have been dissected, as in this Consumer Reports ad watch video:

As MLive’s David Muller notes, earlier this year, New York State Attorney General Eric Schneiderman launched an investigation into whether 5-Hour Energy and other energy drinks are misleading consumers as to their caffeine levels and any potential impacts on the energy-seeker’s health. In response to such concerns, 5-Hour energy released a video (now unavailable on YouTube) defending the product’s safety, but that defense may now be backfiring. The video above leans heavily on a statement from Center for Science in the Public Interest (CSPI) Executive Director Michael F. Jacobson, who said that “overdoing caffeine alone is pretty difficult to do.” Jacobson stands by that statement, but in a recent press release, he adds, “I advise consumers not to use 5-hour Energy—at least until the FDA gets to the bottom of the heart attacks, convulsions, and deaths that have been reported in connection with the product.”

In addition, CSPI notes that 5-Hour Energy may “perhaps [be] causing insomnia, anxiety, reduced fertility and other problems” that it suggests could be tied to the drink’s caffeine and its additional “chemicals such as citicoline, tyrosine, phenylalanine, taurine, malic acid, glucuronolactone, unspecified natural and artificial flavors, sucralose, potassium sorbate, and sodium benzoate.” CSPI states, “It is conceivable that interactions between, or contaminants in, the various ingredients could be responsible for illnesses or deaths.” CSPI has underscored this stance by sending a cease and desist letter to 5-Hour Energy-maker Living Essentials, directing the company not to use Jacobson or CSPI in the spot.

We don’t have scientific data to assess the level of safety or risk associated with 5-Hour Energy, but we aren’t surprised that CSPI refused to stand by while the company put forth an incomplete presentation of CSPI’s position. As its name conveys, CSPI has been all about protecting the public interest in nutrition and food safety since the early 1970s. Allowing a decontextualized and potentially misleading characterization of its position on 5-Hour Energy to circulate would have been incompatible with CSPI’s mission, history, and core values. –Mike Keefe-Feldman