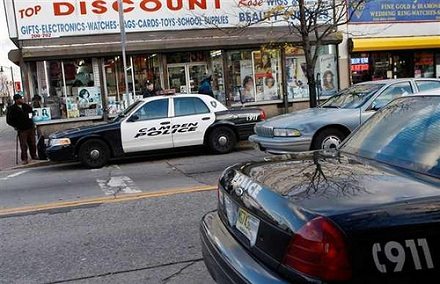 What do nonprofits in troubled cities do? They focus on root causes. Don’t get us wrong, we’re not saying root causes like the solution to poverty or the solution to crime. Those are mega-problems outside the scope of micro-actors such as community-based nonprofits. But those nonprofits can point out when official actions by governmental agencies veer far from addressing the problem at hand.

Camden, N.J. is one of the nation’s most troubled communities. One of its troubles is an unbelievably high crime rate, including a murder rate of 53 per 100,000 in 2007, and problems such as 170 known open-air illegal drug markets. Camden’s police have been ineffectual at best, but the all but bankrupt city has encountered difficult negotiations time and time again with the police union.

As a solution—or perhaps only as a statement of resignation—the city plans to disband the police force and turn over policing responsibilities to the county. The city will kick in money to the county’s policing so that new county police can be hired, but as it currently stands, there will be a restriction providing that less than half of Camden’s current police officers would be allowed to apply for county positions, and those that get hired by the county would get a cut in pay. Camden city officials say that the result will be more police officers available to Camden at roughly the same cost that it currently pays for its own force.

Does it make sense to shift the Camden policing responsibility to the county government? Leave it to a nonprofit to get to the root of the issue. Helene Pierson, the executive director of Heart of Camden, a nonprofit group working to revitalize the Waterfront South neighborhood through the purchase, rehab, and resale of homes in a historic district, cut to the root of the issue. Dismissing the back-and-forth between the city, the county, and the union, Pierson “sees all the focus on the structure of the police department as a distraction from the murder crisis and bristles at the public-relations campaign,” according to AP writer Geoff Mulvihill.

That’s not an analysis, much less a solution, to the root causes of Camden’s crime problem. But Pierson’s pithy critique does point out the weakness at the root of the city government’s proposed policing panacea. –Rick Cohen