Nonprofit Farms Eye Longest Drought in More than a Century 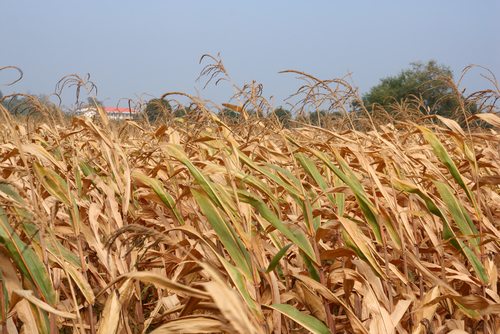 Indiana is having a hot, dry summer and that’s beginning to effect nonprofit farms and the food pantries that rely on their food. In fact, the Hoosier State is experiencing its longest dry period in over 100 years. It’s hot and dry and the crops have begun to shut down like they do in winter. Nonprofit farms are trying to come up with a way to address it. The Associated Press reports that Harvestland Farm, an ASPIRE Indiana farm with a mission to “produce organically grown food for central Indiana and to provide employment opportunities for disadvantaged individuals,” workers have drained water from a nearby pond to water their fields. It didn’t take long to completely drain the pond. Growing Places Indy, a group that donates it earnings to teaching young people about horticulture, has in-ground sprinklers but its crops aren’t thriving either.

What can help this situation? Rain! According to Ben Shine of Second Helpings, a food rescue organization, “All we need is a good week of rain and everything will be fine. So we’re kind of fingers crossed.”

This drought is obviously affecting more than just nonprofit farms, and it may ultimately felt by more Americans in the form of increased food prices. According to Bloomberg News, “The U.S. Department of Agriculture declared July 11 that more than 1,000 counties in 26 states are natural-disaster areas, the biggest such declaration ever.”

Harvestland Farm and Growing Places Indy do not generate a lot of revenue from produce sales, so the nonprofits are remaining focused on their education and vocational rehabilitation missions. –Kristin Barrali