Nonprofit Groups, Corporations at Odds on “Do Not Track” Rules 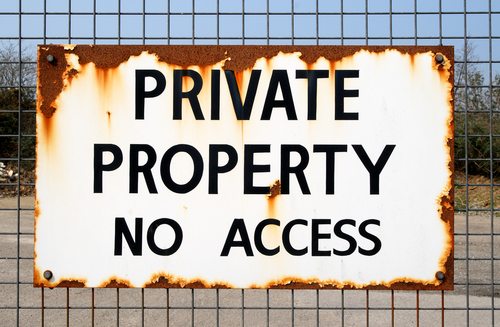 The Obama administration and the Federal Trade Commission have voiced support for the “Do Not Track” option for website visitors who do not want companies to keep tabs on their online browsing for marketing purposes, but at a recent World Wide Web Consortium meeting, a rift emerged between corporations doing business online and nonprofit advocates of digital privacy. The crux of the dispute is whether “Do Not Track” should extend narrowly to an individual company or more broadly to the parent corporation of that individual company.

Mozilla, the open source software nonprofit behind the popular Firefox Internet browser, the Electronic Frontier Foundation (EFF), a nonprofit advocate for digital privacy rights, and Stanford University researcher Jonathan Mayer have proposed that companies owned by the same overarching corporation shouldn’t be allowed to pass your information back and forth without your permission.

So for example, let’s say you visit Duracell.com, Iams.com and Pepto-Bismol.com. When you visit Duracell.com, you don’t have your Internet browser’s “Do Not Track” option selected, but you do select this option when visiting Iams.com and Pepto-Bismol.com. It turns out that the battery company, the pet food company and the stomach relief medicine company are all owned by Procter & Gamble. Under the Mozilla/EFF/Mayer proposal, Duracell could not share your information with Iams, Pepto-Bismol or any of its other numerous brands.

That doesn’t sit well with Shane Wiley, vice president of privacy and data management at Yahoo, who says that setting up mechanisms to keep data separate among subsidiaries would be “incredibly, prohibitively expensive” and would hinder online marketers’ ability to know which ads users have already seen and to deliver data to their online advertising clients on how many users they have reached.

Mozilla has proposed a compromise that would allow companies to share user information as long as they disclose all of their associations to users via co-branding, but that’s probably a non-starter, at least for big corporations. In the hypothetical case of Procter & Gamble above, such a requirement would demand disclosure of more than 70 brands owned by the corporation—a laundry list that would make plain the widespread extent of the dating sharing, which in turn might encourage more users to make use of the “Do Not Track” feature.

Allowing data sharing across companies that are unrelated other than having the same corporate parent “doesn’t make sense” to the average consumer, according to John Simpson of Consumer Watchdog, which is supportive of the Mozilla/EFF/Mayer proposal. We’re inclined to agree. As Simpson puts it, “There has to be a sense of fulfilling customer expectation, and there’s nothing that would prompt an average customer to [be aware] of such divergent lines of businesses.” –Mike Keefe-Feldma