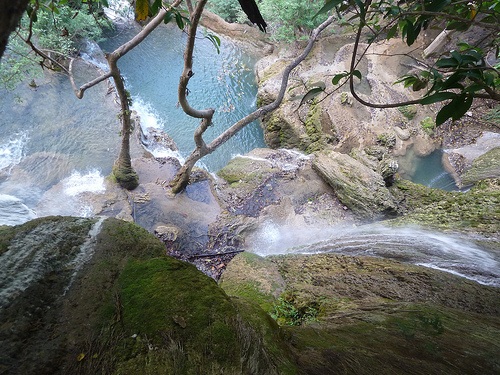 Let’s have a conversation: Are unpaid internships a moral issue for the nonprofit sector?

Editors’ Note: The opinion piece below suggests that unpaid internships are bad not only for interns but for the sector as a whole. NPQ may not agree with all of the points being made, but we think that it is invites discussion well worth having. Do you agree or disagree with the position taken below?

Correction: Due to a technical error, this article was posted on Tuesday, October 22, 2013 attributed to the wrong author. NPQ apologizes to Marikaye DeTemple and Nathan Parcells for any confusion or inconvenience we may have caused.

Unpaid internships are a hot topic as of late, especially for private sector businesses like film studios and magazine conglomerates. But in light of the recent unpaid intern controversy surrounding Sheryl Sandberg’s nonprofit Lean In Foundation, it’s time to move the internship compensation discussion toward the nonprofit sector.

While we excitedly tip our hats to the Lean In Foundation for establishing a paid internship program, it’s unfortunate that this transformation only took place after a PR catastrophe. Sadly, for many students and recent graduates looking to bolster their experience in the nonprofit sector, pay is often out of the question.

It’s time to look past the standard explanation of tight budgets and limited resources. Why aren’t more nonprofits—like the Lean In Foundation—offering paid internship opportunities?

Here’s why it’s time to lean into paid internships:

The Problem with Offering Unpaid Internships

It’s no secret that nonprofits rely on the efforts of passionate and committed interns to keep daily operations running. With protection through the U.S. Department of Labor’s guidelines for legal unpaid internships, they have yet to receive any legal pushback for their uncompensated offerings. But this doesn’t mean they’re not doing their unpaid interns an injustice.

Bringing on a crop of unpaid interns might be fantastic for your nonprofit, but it may be just the opposite for those you’ve temporarily hired. Unpaid internships strain both students and the economy. Today’s students are so strapped for cash during and after their college years that 65 percent end up relying on financial assistance from parents during their internships. Why push your unpaid interns even further into debt?

Your organization’s very purpose is to help the less fortunate. But by offering unpaid internships and benefitting from the work of numerous interns, you’re actually putting students and recent graduates into an unfair situation. You’re only opening the door to those potential interns who can afford to take on an unpaid opportunity, adequately gatekeeping your interns as determined by their socioeconomic status.

Sure, there’s always the point that they’re getting valuable experience. While internships should be thoroughly immersive educational experiences, putting your interns into an uncomfortable financial situation isn’t helping them—it’s actually going directly against your nonprofit’s values and mission and maintaining the status quo.

While nonprofits across the country refuse to shake the “we can’t afford to pay our interns” platform, Lean In and many other organizations have dreamed up their own solution, one that’s potentially even more damaging: calling their unpaid interns “volunteers.”

Now, wait a second—there’s a big difference between hiring an intern and signing on volunteers. Hiring interns means bringing on a valuable asset to your organization, someone who hopes to make a career out of nonprofit work and positively affect your organizational goals. They will be trained and immersed in hands-on projects and experiences and have a huge stake in your nonprofit’s daily operations. A volunteer is someone who lends their time—often on a case-by-case basis—to benefit your organization and the greater good. These two just aren’t interchangeable.

It’s time to get on the right side of history and make the jump to offering paid internships.

Allocating funds for your internship program may be a challenge, especially on a tight nonprofit budget, but it’s something that will benefit your organization for years to come. You’ll draw in more talented, engaged, and hirable candidates from a more diverse pool of applicants—not just those with the income level, parental backing, or cash to afford it.

Whether you transition slowly or quickly, there are many options. You can start by offering a stipend to cover your interns’ daily commuting and lunch expenses throughout their time with you. As for offering internships at minimum wage rate, you may decide to bring on fewer interns to make ends meet. Consider cutting down the number of hours your interns currently work per week, or offer them the opportunity to work from home some days to ensure you can properly compensate them for their time with you.

Looking toward the future, there’s hope for paid internships at nonprofits. Will you be on the right side of history? Do you think nonprofit interns should be compensated financially?

Nathan Parcells is co-founder and CMO of InternMatch, an online platform connecting the best intern candidates and employers.