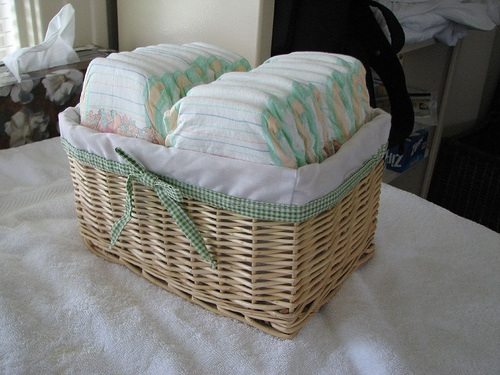 North Carolina has one of the highest rates of child poverty in the U.S., Kidcycle cofounder Michelle Old tells the Herald-Sun. Although the issue doesn’t receive much attention, this leads to babies and young children lacking access to clean diapers, according to Kidcycle cofounder Michelle Old and Winnie Morgan of Durham’s Partnership for Children. Now, Old will be the executive director and Morgan will be president of the board at a new nonprofit, the Diaper Bank of North Carolina.

A family’s lack of diapers can come with steep consequences. Babies cannot be left at childcare facilities unless the parent leaves a full day’s supply of disposable diapers, a cost that can add up to $100 a month per child. Many of the currently funded safety net programs do not include diaper costs. As such, in some low income households, babies and toddlers often spend the entire day or longer in the same diaper, the Herald-Sun reports. This can lead to another harsh consequence: wet babies are often crying babies, and prolonged crying may increase a baby’s risk of abuse by caretakers.

The Diaper Bank of North Carolina joins a vibrant community of diaper banks across the U.S., many of which are listed by the National Diaper Bank Network (NDBN). The NDBN website includes links for setting up an office diaper bank as well as tools to help others enable greater access to diapers in their community. The NDBN newsletter includes this telling quotation from the founder of the Greater Philadelphia Diaper Bank, who recalls the first time she learned about the dire need for diapers: “Like everybody, I thought: My God! Who knew?”

After getting established in Durham, the Diaper Bank of North Carolina plans to replicate the model throughout the state. Says Old, “Our goal is not only to address the unmet need for diapers, but also to advocate for recognition of diapers as a basic human need all children deserve.” –Jeanne Allen