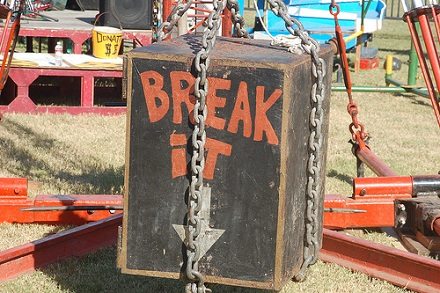 Writing for the Wall Street Journal, Ben Rooney begins a piece on nonprofits using relatively new digital and social media tools made possible by the Internet with this intro: “If big data and other technologies are transforming enterprise, then what effect will they have on the not-for-profit sector? It is an area that is typically strong on good will but short on innovation.” Wow! Mr. Rooney, may we introduce you to the nonprofit sector?

This opening body slam on the sector would be fine if Rooney offered any evidence to support such a generalization, but he doesn’t. Instead, the reader is just left to accept that statement as a given, as if everyone agrees and understands that the nonprofit sector has historically lagged behind when it comes to innovation. He then goes on to list a few apparently “exceptional” organizations founded in the Internet age by “Young Turks” and compares them against the bulk of nonprofits that exist on small budgets, doing local work with little innovation. Mr. Rooney, meet most of the business sector: small shops doing local work with little innovation. We are, frankly, tired of this sector being portrayed as the hapless but well meaning “little engine that could.”

NPQ is exhausted by the number of comparisons made between big business and small nonprofits and finds the charge of the sector being a vast desert of old, non-technology-based practice absurd. A final introduction perhaps needs to be made between Mr. Rooney and the likes of MoveOn, which incited a fairly massive change in electoral politics. NPQ wrote a recent newswire on David Karpf’s new book, The MoveOn Effect, which documents the ways in which nonprofit advocacy organizations have transformed our political scene. Much of the innovation happening in journalism, in fact, is in nonprofits, where the fast-moving field is now a series of laboratories. And by the way, we are watching innovation even in small shops with absurdly small budgets in this sector. Many journalistic enterprises are such. Nonprofit universities are building a new system of online courses to transform the face of higher education. Wikipedia? Changing the face of knowledge development? WikiLeaks? Sigh. We could go on…

The problem is that when such things are written in the mainstream national press, some tend to believe that we are just a sector full of sleepy, out-of-touch do-gooders without a sense of the potential this moment holds for the world. NPQ would like to suggest the opposite. Rooney may need to get in better touch with the facts.

Finally, chime in, readers: what other great innovations for the world has the WSJ overlooked with this sweeping charge? – Ruth McCambridge and Mike Keefe-Feldman