Nonprofit Strategies in Case of Another Economic Collapse 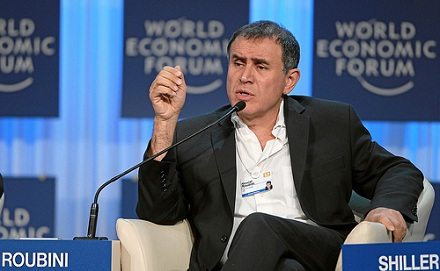 Fundraiser Arlene Spencer’s blog highlights the dire economic warning of economist Nouriel Roubini that the world is on the brink of yet another economic collapse and points to the nonprofit fundraiser responses of Global Philanthropy’s Trevor Neilson, plus a few ideas of Spencer’s own. Briefly stated, Roubini thinks the coming economic collapse will be worse than what erupted in 2008. Roubini attributes the all-but-inevitable economic crisis to: the world’s failure to come to grips with banking and financial sector failures; the impending Euro zone economic disasters in Spain and Greece; the slow or stalled recovery of the U.S. economy; weaknesses in major emerging markets such as the BRIC countries (Brazil, Russia, India, and China), particularly China’s “soft” fall—that looks like it will be a “harder” fall than analysts predicted; and instability in the Middle East, particularly the possibility of a war involving the U.S., Israel, and Iran.

Spencer—and Neilson—are taking the Roubini warnings seriously, rather than putting the happy gloss of “it can’t happen here” (again) or “we’ll be fine” (we think, we hope) as some nonprofit fundraisers typically do, viewing the glass as mostly full even as nonprofits are dying of thirst.

In a piece published in the Huffington Post, Neilson recommends three strategies for nonprofits concerned about weathering a potential Roubini-scale worldwide economic collapse:

Despite Spencer’s inaccurate take on nonprofit lobbying rights, she is arguing for nonprofits to tell donors and funders the truth about nonprofit finances during an economic collapse. That part of her prescription seems like good advice.—Rick Cohen