Nonprofit Teams up with White House to End Slavery—Again 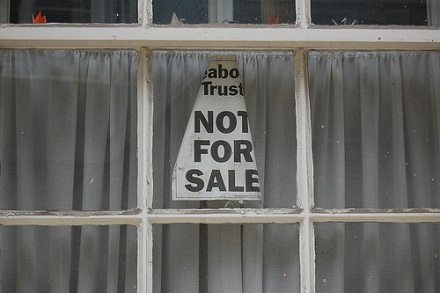 At the recent Clinton Global Initiative, President Barack Obama discussed how the White House will be working with the nonprofit Not For Sale to increase efforts to combat human trafficking. Not For Sale’s mission is to re-abolish slavery by fighting human trafficking internationally and targeting its root causes. The president also announced a new executive order that will prohibit government contractors from any involvement with practices associated with human trafficking.

Influenced by California’s Transparency in Supply Chains Act, the federal government will be working with the California-based nonprofit on implementation plans for a law requiring businesses bringing in profits of more than $100 million to account for where their products are made. Not For Sale will also be speaking at a White House forum to corporations on how to produce mass amounts of goods without the use of human trafficking. David Batstone, president and co-founder of Not For Sale, says they “help companies source differently” by saying “‘here’s some great Cacao providers’ [that don’t use human trafficking]…Washington is very interested in those kind of incentives.”

According to an assessment by the United Nations’ International Labor Organization, there are about 21 million slaves in the world (although Not For Sale estimates that the number is actually more than 30 million individuals). The Not for Sale website documents this organization’s impact with some impressive infographics; in the second quarter of 2012, Not for Sale reports assisting 748 “survivors of exploitation and vulnerable people,” including hundreds in Peru, Thailand and the Netherlands, through the provision of services such as education, shelter, life skills, and even repatriation. –Aine Creedon