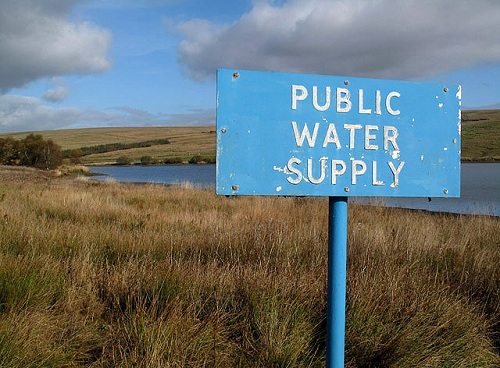 Based upon an article in The Record by Karen Kleimann, it appears as though Allendale, N.J. Mayor Vince Barra has decided that his municipality would be best served by privatizing its public water department operations. United Water, which is a subsidiary of the French corporation Suez Environment, has come up with a contract that Barra speaks of in positive terms, but the nonprofit Food & Water Watch has suggested that Allendale think twice before entering into such an agreement. Food & Water Watch’s mission is “to ensure the food, water and fish we consume is safe, accessible and sustainably produced” and it aims to do so by “keeping the global commons – our shared resources – under public control.” Barra says the input from Food & Water Watch—“to have someone come in from the outside and criticize on some philosophical base”—“gets [his] Italian up to no end.”

The Record article goes into significant detail about all of Food & Water Watch’s concerns and a response to those concerns from Barra and United Water. There are two arguments at play here. One is Food & Water Watch’s assertion that Allendale’s move to turn its water department operations over to United Water will not achieve long-term cost savings. This argument is consistent with a 2011 study by Cornell University Professor Mildred E. Warner which undertook a meta-analysis of 17 large scale quantitative studies on the subject between 1960 and 2009; the analysis found “no empirical support for cost savings” in privatizing public water systems and concluded that “water is a poor candidate for privatization.”

The other argument that Food & Water Watch presents is, as Barra notes, less practical and more philosophical; this is the argument that water should be treated as part of the commons—a public good, not a private commodity to be leveraged for maximum profit in the same way as other goods that are not necessary to sustain life. Without a close look at the contract and years of follow up study, it is not possible to say whether the United Water deal would ultimately be a positive or a negative for Allendale in financial and human equity terms, however it seems to us that dismissing the idea of “the commons” outright as unworthy of consideration since it comes from “some philosophical base” does a disservice to the citizens of Allendale. Why is the “someone com[ing] in from the outside” okay in the case of United Water, with its profit motive, but not okay in the case of Food & Water watch, with its philosophical motive?

It sounds to us like Barra and his water superintendent, who the Record article states would go to work for United Water if the deal goes through, have made up their mind and don’t appreciate being told that they may have more to consider. But rolling out a welcome mat for the voice of the for-profit “outside group” and slamming the door in the face of the nonprofit “outside group?” Well, that really gets our Irish up to no end. –Mike Keefe-Feldman