Nonprofit to Texas: Fix Your Roads 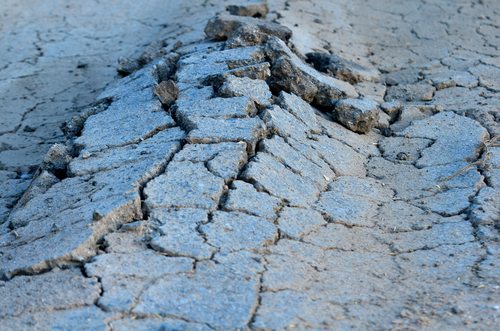 The Washington, D.C.-based National Transportation Research Group, otherwise known as TRIP, has released a new report with an infrastructure message to Texas that may be applicable elsewhere in the U.S., too: you cannot afford not to fix your infrastructure. According to the TRIP report, “an inadequate transportation system costs Texas residents a total of $23.2 billion every year in the form of traffic crashes, additional vehicle operating costs (VOC) and congestion-related delays.”

The report notes that an increasing population has added to the burden on Texas roads but the state’s transportation funding has not kept pace. As the report points out, there are a whole host of reasons to solve this problem: fewer traffic fatalities, less congestion, safer bridges, and the overall health of the state’s economy, which the report argues is “increasingly reliant on an efficient and reliable transportation system to move products and services.”

Part of the problem is that the gas tax that helps fund such projects is reportedly not generating as much money as it once did. Dallas Morning News Transportation Blog cites Texas Department of Transportation (DOT) spokesman Mark Pettit, who says, “We all know an increase in fuel efficiency in vehicles and the population base has whittled away the impact of the gas tax…The [l]egislature has struggled with creating new and innovative ways to bring the infrastructure up to par.” The Morning News reports that the state DOT is turning to the state legislature for the necessary funding, which might require a hike to the state’s gas tax or to vehicle registration fees.

While the American Recovery and Reinvestment Act of 2009 has likely helped, it’s clear that significant infrastructure issues remain in many U.S. states, not just Texas. Earlier this year, the Institute for Sustainable Infrastructure (ISI) worked with the Harvard Graduate School Design on a rating system, Envision, that was established to “help policy makers evaluate the sustainability of infrastructure, set realistic national priorities, and conduct a national discourse on infrastructure investment.”

While nonprofits like TRIP and ISI can lead the legislative horse to water, however, they cannot make them take corrective action, which, in many cases, would require raising taxes. Such a course of action is, of course, anathema to many state legislators, though we wonder just how bad roadways would need to get before even the most ardent Grover Norquist devotees might consider heeding the warnings of nonprofits like TRIP and raising some revenue for infrastructure. –Mike Keefe-Feldman