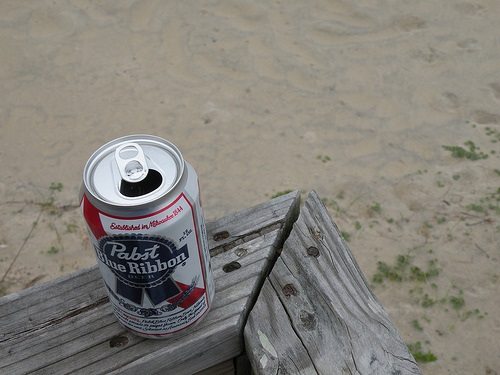 A small group of Milwaukee residents, representing both the for-profit and the nonprofit sectors, are looking into arranging the purchase of the Pabst Blue Ribbon Brewery to convert it either to a co-op or a city-owned brewery. Either way, they want to bring it back from Los Angeles to where it started in 1844—to Milwaukee.

“When I think about Pabst being anywhere else but Milwaukee, it just doesn’t make sense,” said Susie Seidelman, an organizer of the Bring Pabst Blue Ribbon Home effort. “Milwaukee made this beer what it is…. It’s right on the can.” Bringing Pabst back is about “investing in the city of Milwaukee,” Seidelman said.

The group’s website has two letters looking for signatures; they are addressed to the Milwaukee mayor and city council, and they ask them to entertain a community ownership model like that of the Green Bay Packers. But there is also interest in a possible cooperative structure.

The scheme seems to fit well with some Great Lakes cities that are trying to develop a “blue economy.” As growing water becomes scarcer in warmer states, many Northern communities may be able to make some economic headway by using their access to freshwater to attract water-dependent businesses like breweries.

But the enterprise would be expensive, possibly costing as much as $1 billion. Jeff Fleming of Milwaukee’s development department said city officials are looking forward to discussing the endeavor with the organizers.—Ruth McCambridge