Nonprofits and Medicaid: What Has Already Worked? 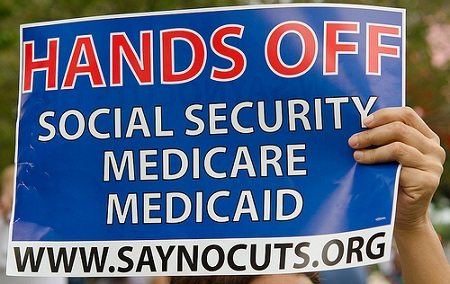 Few people remember that the full title of the national health care reform law, often referred to as “Obamacare,” is the Patient Protection and Affordable Care Act (PPACA). Some people have decried the costs of the PPACA, though they rarely provide specifics and even more rarely look at total societal costs. How much money might society actually save by ensuring citizens have access to health care? There is no question that health care consumes, even without insurance reform, a huge part of the nation’s GDP. What ought to be done to reduce the amount of money citizens and the government spend on health care without sacrificing health care availability and coverage?

In Alabama, a Medicaid Advisory Commission is slated to make recommendations in January about how to save money in the state’s Medicaid budget. Currently, Medicaid serves about 900,000 poverty-level Alabamans (up 150,000 from the start of the recession). Medicaid is a joint federal/state program in which the federal government contributes roughly 57 percent of all costs, though that varies depending on a state’s population and per-capita poverty levels. The state portion of Medicaid consumes roughly 15 or 16 percent of the average state’s general fund. Under the PPACA, Medicaid was expanded to cover people with incomes as high as 133 percent of the federal poverty level. This is still a measly level by any standard, but many states have refused to participate in this PPACA expansion of coverage, explaining that they have concerns about long-term costs.

Many states have claimed that the rising costs of Medicaid are behind their budget problems, and by mid-year 2012, 10 states had to make budget changes in order to deal with expanding Medicaid costs. Alabama joined those ranks in September, approving a three-year plan to use money from a state trust fund to fill the Medicaid funding gap. One of the ideas on the table in Alabama is to do more managed care through nonprofit networks.

In the midst of the national health reform debate, and in place of the “public option,” the federal government suggested working through nonprofit health care insurers and deliverers. The same option exists, more or less, to states trying to contain Medicaid costs. It’s not clear, however, that Alabama is taking advantage of homegrown nonprofit models that have demonstrated the ability to serve Medicaid patients at low costs.

We have covered the nonprofit Sarrell Dental Centers, which is functioning in several locations after receiving “wide recognition outside the state,” according to the Anniston Star, and after having survived a number of challenges from for-profit dentists. Sarrell’s executive director, Jeffrey Parker, reports that the Commission hasn’t asked him for a report on how Sarrell achieves its low Medicaid costs. Parker suggests that Sarrell’s small size and methods might not be transferrable to other Medicaid health care areas.

Maybe Parker is right, but the state shouldn’t dismiss Sarrell’s experience on cost savings, because unlike most of the other witnesses testifying at the commission, Sarrell actually has lowered costs while maintaining quality and service. It seems to us that nonprofit networks like Sarrell should be definitely explored, especially since nonprofit usually does mean better service delivery to more people in need at lower costs. Just as the patients at Sarrell. —Rick Cohen