Nonprofits Decry Use of Food as Bargaining Chip with North Korea 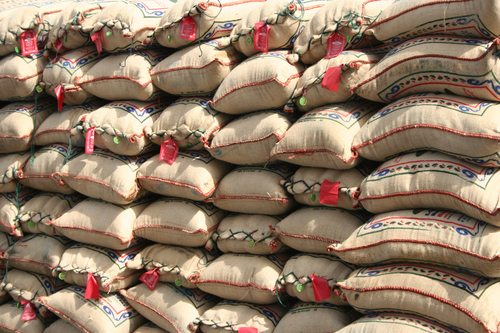 While one often cited value of the nonprofit sector is its capacity to organize and mobilize people with common interests to take action, another key value is the sector’s ability to bridge divergent interests. The perceived neutrality of nonprofits makes them uniquely effective in delivering humanitarian aid across tense international borders.

As nuclear saber-rattling by North Korea grows louder, five international aid nonprofits, including Portland-based Mercy Corps, are speaking out about their failed efforts to deliver food aid to the starving civilian population over the past two years. While it’s uncommon for organizations to actively publicize their failures, they are criticizing the U.S. government and biting the hands that feed them out of frustration and to illustrate what Ken Isaacs of North Carolina’s Samaritan’s Purse calls “starvation as a foreign diplomacy tool.”

The nonprofits note that since 2009, when North Korea unceremoniously dismissed Mercy Corps and other U.S.-based relief organizations, starvation has been increasing in the isolated country. In September 2010, North Korea invited humanitarian groups back to document first-hand the degree of suffering and to restore food aid programs. Despite findings that included massive childhood malnutrition, as “two-thirds of the nation’s 25 million people scrounge daily for food,” no U.S. funded food aid has reached the country since that time.

Why? The nonprofits argue that humanitarian aid for North Korea has been stymied not only by slow government bureaucracy, but also by explicit linkage of food aid to the outcomes of arms negotiations between the two countries. For example, in February 2012, North Korea agreed to cease uranium enrichment and long-range missile testing, and the U.S. agreed to donate 240,000 tons of food. As relief organizations prepared to deliver food in March, North Korea announced plans to launch a satellite using a long-range missile. The U.S. State Department put the food delivery on hold, and then cancelled altogether. USAID’s Nancy Lindborg insists that while food aid policy is insulated from politics, as it has been since the Reagan era, her agency couldn’t trust North Korea to ensure that food reached the civilian population.

The relief organizations don’t agree, and while they make no apologies for North Korea’s repressive regime, they have mobilized private donations to deliver limited food supplies because of the sheer fact that people are starving. They see the breakdown of communication and trust between the two governments as something that humanitarian food policy could have ameliorated instead of exacerbated.—Kathi Jaworski