Nonprofits Lead Puerto Rico’s Recovery, But What’s in Their Future? 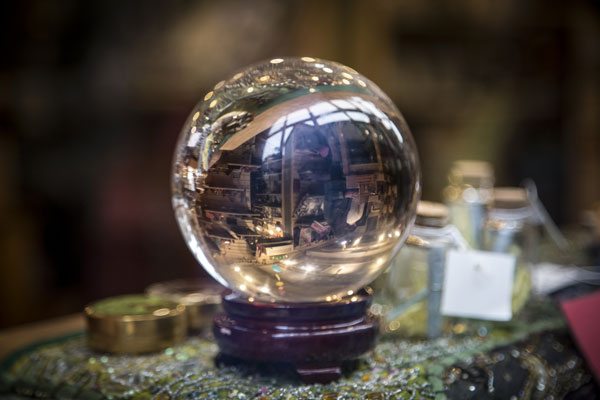 NPQ’s Cyndi Suarez recently published a feature describing the important but challenged status of Puerto Rico’s nonprofit sector, which has played a critical role in the island’s response to Hurricane Maria. She observed, “When the Puerto Rican government effectively shut down…nonprofits were the first responders, as they were already in place and knew the communities.” Yesterday, her assessment was reinforced by UN Special Rapporteur on extreme poverty and human rights Philip Alston, who was on the island last Monday to meet with storm victims and hear firsthand about the island’s attempts to rebound.

His visit was prompted by the growing concern that almost three months since the Category 4 storm sept across the island, many parts remain almost as they were when the storm lifted.

Alston told the Associated Press that…he’s trying to assess, among other things, the effectiveness of measures taken by the federal government after the storm hit on September 20th, killing dozens of people and destroying tens of thousands of homes. Ten of the island’s 78 municipalities are still without power, and thousands of businesses remain closed.

“I’ve visited areas that are still completely without power. I’ve seen areas that have lots of damage that hasn’t been removed, and that must be very distressing after three months.”

One bright spot Alston was ready to call out was the recovery work of Puerto Rico’s nonprofits.

Alston said he was impressed how local nonprofit organizations have helped Puerto Ricans recover from the storm, adding that one of the challenges is how the government can harness their power. “There is more resiliency and potential self-sufficiency here than has been acknowledged.”

The contribution of nonprofits is remarkable considering the island’s near-bankrupt financial status, which has lessened support for service organizations. As Suarez observes, “A mass migration of Puerto Ricans from the island to the US [has resulted] in an older population…the demand on direct service nonprofits has increased over this time, as they began to fill the vacuum left by the federal and local government. At the same time, funding to nonprofits has significantly decreased in response to fiscal austerities.” Under these conditions, what Alston highlights stands as strong tribute to the resilience and commitment of the island’s nonprofit sector.

But, can it hold up over the coming months with so much yet to be done and funding still very strained? The island’s leadership has estimated it will need $94 billion in support for recovery efforts, yet only $44 billion was approved by Congress to support the necessary recovery work for all three major storms that devastated Texas, Florida, and Puerto Rico this year. The difficulty will be worsened by a still-struggling local economy, provisions in the tax reform package that, if passed, will remove business incentives for investment, and the half-million island residents who are projected to relocate to cities on the mainland, leaving an even needier population behind.

Further complicating the situation for the nonprofit community are for-profit entrepreneurs who think that nonprofit organizations have had their day and it is time for a business model to take their place. Bloomberg News recently described a working group of entrepreneurs who are applying this approach to the island’s problems. Jesse Levin, who had moved his new business to the island prior to the storm, wrote in a blog post,

This is a call to arms. We are not often handed a chance to innovate and experiment on such a grand scale with so much incredible immediate need and impact potential. Stop blaming. Stop trying to accuse or fix the system and get working outside of it. The system may or may not catch up. If there is one thing Americans are good at, it’s being solution-focused and creative when there is a profit motive. In Puerto Rico, you get to have your cake and eat it too.

In comments to Bloomberg News, he described how he sees his approach as incompatible with nonprofit organizations. “We’re all essentially against the traditional NGO model. They’re not sustainable. All the smart people who want to effect change are always begging for money. They implement solutions, but they’re dependent on fundraising. What happens when the money goes away? If you want to build sustainable, lasting capacity, it must come from the private sector. It’s OK if there’s a profit motive. That’s what makes the world go around, you know.”

With the island’s political clout and resources limited in the Trump era, Suarez makes a prescient challenge: “Puerto Rico’s nonprofit sector must think practically about what it can set up for itself that helps it be more collectively than what it is as individual organizations. In addition to renegotiating its relationship with the government, it can build a robust local democracy that can change Puerto Rico from the bottom up.” With a pro-business mindset in Washington, competition from for-profit organizations is a real threat. If they are successful, the nonprofit infrastructure that was in place when the hurricane hit may be not be there when the next crisis hits, and no one will be better for that.

We will stay tuned as Cyndi Suarez travels to Puerto Rico this weekend to check out the situation on the ground.—Martin Levine