Nonprofits Might Be the Future of “How Music Works” 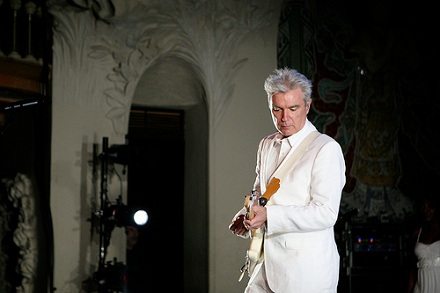 “I smell another revolution in the works.” So says David Byrne of the current music scene. The former Talking Heads frontman has maintained a prolific solo output in the twenty or so years since the band split, and now, in addition to his music, he has a new book out titled How Music Works, which was recently reviewed by The Economist.

Byrne may be one of the more distinguished orators of such a viewpoint, but his perspective on the major shift facing the music industry is not new. This viewpoint takes note of the fact that, in the evolution of music, the modern twist has been that individuals’ primary interaction with music has evolved from one of participant (either as music-maker or audience member) to consumer (as a buyer/listener for a non-live musical product). But, as many and now Byrne have noted, very few musicians are making a living making albums these days. Like all swords, this development is double-sided. As The Economist notes:

“Music composed using software has led to homogenous corporate pop, which Mr. Byrne sees as now in its final throes. Meanwhile, plummeting costs for production and distribution have left recordings virtually valueless. Unless new profit-sharing models evolve, musicians can no longer make a living from recording. Something will have to give, he says…The flip side of the record—and the good news—is that digital technology has also freed music-making from its corporate straightjacket and returned it to the place in started: in bedrooms, on laptops, a free-for-all of experimentation in which authorship is less important than collaboration and performance.”

If this is so, coveted live acts will still do just fine, but those who made their living as studio musicians appear to be in serious trouble. So too are those musicians in their senior years who are no longer willing or able to face the rigors of constant touring and live performances; for them, the studio has been a welcome refuge in which they can continue their career, aging gracefully and on their own terms. Already, there are some nonprofit players (for example, the Future of Music Coalition) who are working to make “musician” a term that applies to a career, not just a hobby (or, not just a “career” for those wealthy enough not to need to earn a living from it).

Byrne’s How Music Works offers some suggestions for keeping the musical flame alive, but there’s no denying that the future remains cloudy for many musicians. What is clear is that the for-profit recording artist model has cracked and industry attempts to patch that crack appear inadequate. If there is to be a solution to this problem, it’s looking increasingly like the nonprofit sector may be called upon to help find and implement it. –Mike Keefe-Feldman