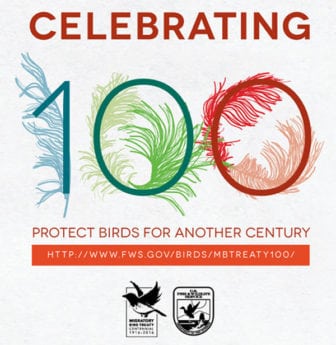 For birders in the Northeast, May is the high point of the year. Migratory birds return from as far away as South America on their way to local and more Northern nesting spots. This spring ritual is deeply threatened by climate change, urban development, industrialization, and the continued loss of habitats that support migratory birds. What little protection these species have is embodied in the Migratory Bird Treaty Act (MBTA), which for the past century has made it illegal to kill or “take” migratory raptors, waterfowl, and songbirds.

In a little-noticed legal memo issued in December 2017, however, the Interior Department reinterpreted the MBTA to reduce industry’s culpability in the “incidental” taking of birds. That decision is being challenged in a lawsuit filed by the National Audubon Society, along with the American Bird Conservancy, the National Resources Defense Council, National Wildlife Federation and others committed to conservation.

The prohibition on the killing or “taking” of migratory birds has long been interpreted to extend to industrial activities that may be “unintentional” but are “predictable and avoidable.” Under the new interpretation, penalties will only apply to “purposeful” killing of birds—i.e., poaching or unlawful hunting.

The MBTA, wrote Daniel Jorjani, principal deputy solicitor for the Interior Department, in the memo, “applies only to direct and affirmative purposeful actions that reduce migratory birds, their eggs, or their nests, by killing or capturing.”

According to a press release from the National Audubon Society, “the risk of liability under the MBTA” has long been an incentive for energy developers, power transmission operators, and others to work with the US Fish and Wildlife Service and others to reduce impacts on migratory bird populations. The wind energy industry, for example, worked in concert with environmental groups and US Fish and Wildlife Service to develop best practice guidelines for siting and developing windfarms. The new interpretation of MBTA reduces these incentives, since corporations will not be fined for bird deaths that are “incidental” to their activities.

The oil and gas industries are particularly dangerous for migrating birds. Audubon notes that when the Deepwater Horizon disaster spilled over 200 million gallons of oil into the Gulf of Mexico, “more than one million birds were killed in the four years following the blowout.” British Petroleum (BP) paid fines of $100 million under the MBTA, money that was used to revitalize wetlands and to support migratory bird conservation. These fines would no longer be levied under the new rules.

“The new policy makes it much harder to protect birds from major bird traps—threats like oil pits, wind turbines, and communication towers in bird migration hotspots,” said Mike Parr, president of American Bird Conservancy, in the press release. “Leaving these threats unattended is like leaving manhole covers off along the sidewalk during rush hour—it’s negligent, irresponsible, and guaranteed to cause harm.”

Reuters reports that the memo is already being followed and that “one or more companies constructing natural gas pipelines were told that they may cut down trees with nesting birds during the breeding season.”

Therefore, the plaintiffs have asked the court to order the defendants to “revert to their prior, correct longstanding interpretation and policy.”

Let’s hope the court is moved to ensure that more migratory species don’t go the way of the passenger pigeon, and we can all continue to enjoy the amazing, vibrant colors and sounds of spring migration.—Karen Kahn