Nonprofits, Transparency, and the DOJ: Could Anyone Be Worse than Sessions? 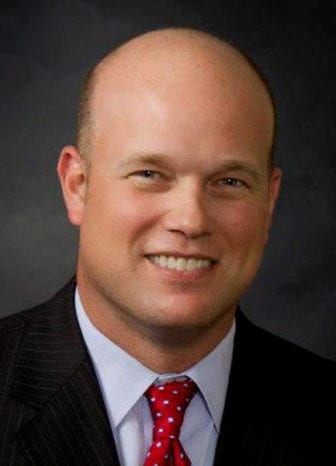 As regular NPQ readers may remember, the ties between former attorney general Jeff Sessions and the private prison industry provide real insights into many of the policies he later pursued. (We wrote about this here, here, and here.) With the appointment of Interim Attorney General Matthew Whitaker, the American public is treated to a smokescreen that obfuscates some of his most critical relationships, thanks to his 2014–2017 employment by a nonprofit. Ironically, the current stated mission of the organization is to expose unethical conduct by public officials.

The Foundation for Accountability and Civic Trust (FACT), reportedly founded in 2014, has a K Street address in Washington, DC. While he was FACT’s president, reports the Washington Post, Whitaker was on television and radio, such as Fox TV and CNN, as a legal analyst, representing the organization, which is part of a conservative network of tax-exempt nonprofits. He often targeted special counsel Robert S. Mueller III.

Of course, Whitaker now oversees the Russia investigation led by the special counsel, raising questions on both sides of the aisle about his ability to do so fairly and ethically. According to the New York Times:

FACT has raised nearly $3.5 million since its inception in 2014, according to tax filings, which show that the group’s largest single expense was Mr. Whitaker’s salary.

There is very little publicly available information about FACT’s financing.

Another expense on FACT’s 990 is a contractor, America Rising, from Arlington, Virginia, making $500,000 from 2015–2017. The company’s “sole purpose is to hold Democrats accountable and expose any hidden hypocrisy.”

A FACT spokesperson, who spoke to the Washington Post on condition that his name would not be disclosed, cited the First Amendment as the reason they need not disclose the sources of their tax-exempt funds.

“Like nearly all nonprofit organizations—including those with similarly stated missions—FACT does not and is not required to release its donor information,” the spokesman reportedly said. “This protects free speech rights of all of these groups’ supporters as outlined in the First Amendment.”

Neither Whitaker nor Justice Department spokeswoman Kerri Kupec issued a statement on the matter.

The origins of FACT as an organization are a little confusing. Raymond Wotring created the Free Market American Educational Foundation. Six weeks after the IRS approved the group in July of 2014, it changed its name to Working for Rights to Express & Communication. It changed again in October that same year to FACT, according to Virginia state records, and Whitaker became its leader. However, David Nelson, specialist on nonprofit organizations and a former tax partner at the Ernst & Young accounting firm, reviewed the organization’s 990s for the Washington Post and concluded, “It’s very possible that this organization is misusing its status as a charity.”

In its federal tax filing for 2014, FACT declared that it had not changed its name or its mission that year, records show, and there was no mention of the prior names. The spokesman for FACT declined to provide documents that he said showed it had notified the IRS of the name change.

Considering that the nonprofit was led by a lawyer, there are a lot of questions about the organization begging for answers. And there are more questions for Whitaker, the man presently representing the United States in legal matters. But the biggest questions remain for Congress and the American public. Just how much do we need to know about the closest financial influences on our attorney general, and why won’t Whitaker voluntarily disclose his?—Marian Conway