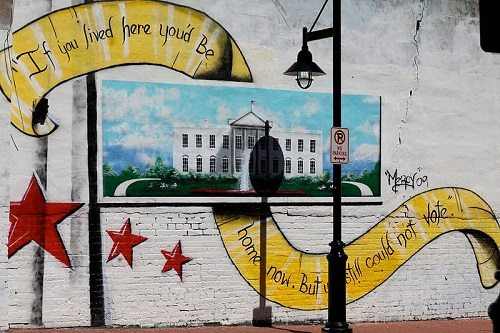 At the national level, few nonprofits measure up to the League of Women Voters for consistent advocacy to protect and expand the voting rights of Americans. Unfortunately, in the past couple of years, voting rights have faced setbacks at the state level with the enactment of unnecessarily restrictive laws and the concomitant Supreme Court’s reversal on the Voting Rights Act.

Writing for the LWV’s blog, Tim O’Brien lists the “many challenges” and unfortunately “few opportunities” to protect voting rights at the state level. “We anticipate continued attacks to voting rights during the 2015 state legislative sessions,” O’Brien writes. Based on an analysis of what seems to be emerging in all fifty states “on their likelihood to advance either positive or negative elected related reforms,” the League “identified nearly 20 states that will have a moderate to high chance of passing reforms that will suppress the vote next year” through mechanisms such as restrictive voter photo ID requirements, cutbacks in early voting, elimination of election-day or same-day registration, and, notably, “new restrictions on community-based voter registration drives, like those hosted by Leagues across the country.”

Two elements of this issue stand out. One, of course, is the notion that states would even contemplate restrictions on the nonpartisan voter registration efforts of a network like the League of Woman Voters. If League members and affiliates report that such restrictions are a reality they are facing, that should be a big wake-up call for the nonprofit sector as a whole to weigh in with the Internal Revenue Service to ensure that its upcoming regulations on the definition of political activities by 501(c)(4) social welfare organizations correctly identify nonpartisan voter registration and mobilization as fundamental, legal, legitimate, and nonpolitical roles of nonprofits, not just (c)(4)s, but of 501(c)(3) public charities. If the IRS continues along the lines of its draft regulations, which politicized this nonpolitical nonprofit function, state efforts to restrict voter registration will be massively emboldened.

The second aspect of the voter issue is one of race. While much of the current racial debate involves policing in the wake of the killings of Michael Brown and Eric Garner and the subsequent killings of two New York City police officers, David Remnick’s essay in the January 12th edition of the New Yorker reminds us that the issues aren’t just about police, but about race more broadly. He quoted the comment from New York City mayor Bill de Blasio that so enraged many police officers, who have since chosen to disrespect the mayor by turning their backs on him during the funerals of the two dead officers. De Blasio’s words were simple and powerful, referencing his wife, Chirlane McCray, and his son, Dante:

“I’ve had to worry over the years, Chirlane’s had to worry. Is Dante safe each night? There are so many families in this city who feel that each and every night. Is my child safe? And not just from some of the painful realities—crime and violence in some of our neighborhoods—but are they safe from the very people they want to have faith in as their protectors?

“It’s a phrase that should never have to be said. It should be self-evident. But our history, sadly, requires us to say that black lives matter.”

To imagine that this issue is not connected to race is willful blindness. Remnick quoted Attorney General Eric Holder’s admonition that we are a “nation of cowards” in our reluctance to recognize and address questions of race behind police violence. It is no less true about the issue of voting rights—that is, the efforts of many states to restrict the voting rights and deter the voter turnout of communities of color. The courageous efforts of the League of Women Voters and other nonprofits like the Advancement Project no less dedicated to the issue ought to be a reminder that the issue of voting rights is an issue for all nonprofits that are concerned about this country’s increasingly tattered democracy.—Rick Cohen