Northwestern U. Student-Athlete Case to Head to Supreme Court 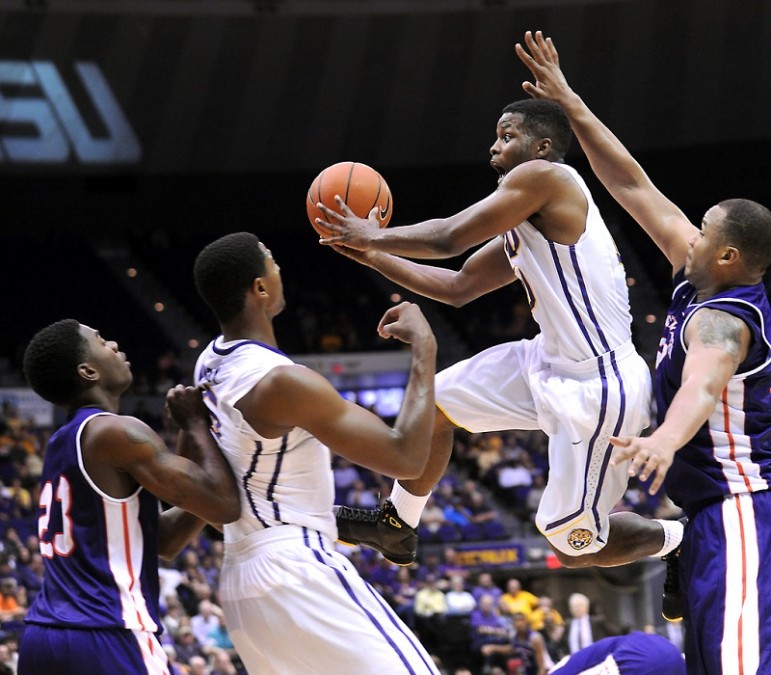 Remember our commentary on the Northwestern University case regarding paying “student-athletes” for their labor as players with NCAA collegiate football teams? The students lost at the National Labor Relations Board as Northwestern and its NCAA backers pulled out all the stops to avoid the notion of treating student athletes as employees.

NPQ suggested at the time that the issue wasn’t dead. We were right.

Last month, according to Lyle Denniston at SCOTUSBlog, an appeals court ruled that the NCAA’s “total ban on any pay for students who play football or basketball at major schools is illegal under federal antitrust law.” At the same time, the appeals court overturned a lower court order that the Division I student-athletes should get paid $5,000 for each year of play, though deferred until they have left campus, and by a divided decision, the appeals court ruled “that those athletes should not be paid even one dollar more than what it costs them to attend college while they are there.”

There is no doubt that the NCAA will fight this appeals court decision through to the Supreme Court. It’s not that the amount of money would break the finances of most Division I teams, but the Association cannot abide by the principle that student-athletes should be treated as employees, no matter what the compensation.

The district court’s opinion was a little strange, in that the $5,000 compensation number seems to have been from an “expert’s offhand remark on the witness stand that he would not be troubled by a $5,000 payment, although he would be troubled by a million-dollar payout.” Although the appeals court didn’t buy the $5,000 in deferred compensation, the appeals court did conclude that the NCAA had engaged in antitrust restraint of trade regarding the issue of student compensation.

One of the issues at the heart of this case is the fact that the NCAA and its member schools have made money from the student-athletes beyond their time on the football field or basketball court. This case actually started as an antitrust case filed by former UCLA basketball player Ed O’Bannon, who happened to be shown his own image in a video game produced by Electronic Arts, which had a deal with the NCAA. Sam Keller, who had been a quarterback for Arizona State and the University of Nebraska, filed an additional antitrust suit against the NCAA.

We like the Appeals Court’s rejection of the NCAA’s argument regarding the video game issue. The NCAA contended that there was no antitrust harm to O’Bannon and others because the NCAA’s agreement with Electronic Arts had expired and the NCAA had stopped licensing athletes’ images to video game makers—in other words, there was no longer extant harm to the athletes. The court applied some simple logic to the issue to rule against the NCAA. If the college players were treated as employees, video game makers would be negotiating with the players directly (or with their unions) for the use of their likenesses, as they do in professional sports. For the NCAA to prevent that stands as a potential antitrust violation, the appeals court reasoned:

The athletes accept grants-in-aid, and no more, in exchange for their athletic performance, because the NCAA schools have agreed to value the athletes’ NILs [name, image, and likeness] at zero, “an anticompetitive effect.”

Regarding the argument that the video game issue is no longer relevant in the absence of a deal with EA, the court ruled that nothing precludes the NCAA from cutting a video games deal in the future. That pretty much demolished the NCAA argument on the video games question.

The NCAA has long been hit with criticism of its status as a nonprofit. Many of the arguments about the NCAA’s nonprofit bona fides turn on its massive revenue numbers ($11 billion), the more than $32 billion in public subsidies spent on college stadiums, and the high salaries of college coaches at NCAA schools—that the highest paid employee of public universities in 40 states is the football or basketball coach, sometimes earning a seven-figure salary while student-athletes cannot get paid. Nonprofits have an interest in this legal battle, not only to see whether the artificial term “student-athlete” is really a euphemism for “exploited employee,” but to see whether a nationally prominent nonprofit entity should be the avatar of depriving student-athletes of employee rights.—Rick Cohen