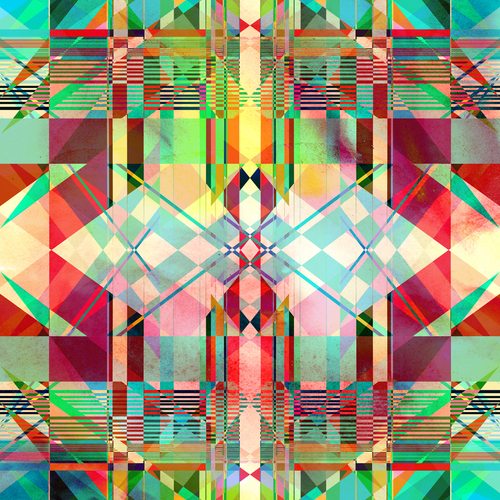 Back in May of 2014, NPQ published an essay by Buzz Schmidt entitled “All Enterprise is Social,” which asserts that all enterprise should be judged on its contributions to and debits from a number of different categories of capital, which he defines. Finding ways of measuring these “credits and debits” that would be acceptable equally to shareholder and social entrepreneur would promote greater activity in all categories and eliminate any real differences between the enterprises. For me, however, the approach could unintentionally do more harm than good.

The last thing the nascent “social impact” movement needs is to be equalized, because in being so treated, it becomes co-opted and inconsequential. “Nothing happening here, folks; move along….” While it is true that definitions of and approaches to social enterprise are still in flux, as they are at the beginning stages of any major change to established understandings and protocols, the emerging work in social enterprise does not undertake enterprise as enterprise has always been undertaken. (I should note that I am referring mainly to the “benefit corporation,” or L3C.)

This is an evolutionary period for capitalism—a “next phase” of practice. And as it took decades and generations for it to change to this point, so it will take as long as evolution takes for it to change from this point. The evolution of this system of enterprise is natural, normal, and inevitable. I even hesitate to say that it is “revolutionary,” as some have. So while saying that “all enterprise is social” may be accurate as a statement of fact, insofar as any activity in which humans interact is social, within the context of the evolution that many are seeking it becomes a statement of capitulation, of equivocation. “We are all alike, and therefore we are all friends and allies, and we all want the same things.”

But the central issue here is that we don’t all want the same things. Even such fundamental concepts as peace, love, and understanding are pretty difficult for the military-industrial complex to pursue very seriously, even if the majority of individuals who work within it profess to want such things. And in a “regular” for-profit enterprise, focused on maximizing revenue over cost for the benefit of a limited number of shareholders, it’s difficult to “want” equitable wages, sustainable environmental practices, or comprehensive employee wellness initiatives. And I would hasten to add here that this is as it should be. For the for-profit entrepreneur, operating within the systems accepted and promoted by this society, it’s what they signed up for. Their intention, at the outset, was to maximize wealth for themselves and their investors and stakeholders. That’s fair.

In addition, enterprise as currently practiced often proffers other “capital.” The article by Buzz Schmidt referenced above entreats all enterprise (especially philanthropic and social) to get past the constrictions of current tax code classifications and methods of measurement of return and recognize how much more benefit could be realized by society once that is done. Reject the “technocratic canon of best practice for investment and serious philanthropy”and every enterprise will be understood to contribute in positive ways to the betterment of all. We must “develop new methods that allow us to build satisfying portfolios of the enterprises that are generating the forms of capital that we, ourselves, believe are critical for our society’s future.”

Schmidt nicely enumerates these various forms of capital—financial, natural, civic, systemic, physical, human, and intellectual—which are enriched or drained to greater or lesser degrees by the activities of all enterprise. In discussing this, his overall point is that currently every enterprise earns or loses points in each category and thus can be equalized, more or less, in their efforts. Some enterprises tip the scales far more in one direction than in others or stack up points under more or fewer categories. This, he says, is largely a problem of the inability to measure impact (return) under each category: If there were ways to measure that would be acceptable (or equivalent) to the current “canon” and thus be defensible to shareholders, then more activity would take place within all categories by all enterprises. Corporations would become “social” again, as they were intended when they were first given charter by royal decree.

But in my view, until we develop the methods he outlines, and until they are adopted as general practice by a majority of enterprises, the social enterprise movement, as it is intended to be developed by the “conscious investors” he cites, will be (and already is) at tremendous risk of being dissipated, co-opted by the financial system and its “canon” by those who currently benefit from it to astonishing degrees. Many people view social enterprise as a threat, a limit to their ability to earn. It will take years, perhaps a generation or two, of time, effort, diligence, manoeuvring, wrangling, and all-out legal wars to “change the canon.”

But even the eventual creation of acceptable ways to measure impact for each type of capital an enterprise generates would not make a dent in the intention of an enterprise’s shareholders to become socially beneficial. For it is intention that needs to evolve, not simply ways to measure this or that impact. As noted, we don’t all want the same things, which is as it should be. But it is what the founders and workers and shareholders and stakeholders of social enterprises intend to provide, and expect to receive, from their activity that will make it more beneficial to community and society. And that is fundamentally different work, from different canons, in different rooms, and at different conferences.

The leaders of enterprises who believe that social benefit must always be secondary to shareholder benefit will happily accept any measurement approaches provided to them—and promptly set them aside, or worse, devise ways to use them to further the financial benefit to themselves and their shareholders. This is already going on, for example, in the rush toward corporate social responsibility campaigns. Capitalism moves at lightning speed. Oddly, perhaps, I don’t mean this as a moral statement, though it can be read as one. Capitalism is amoral, neither good nor bad in itself. It’s all in how its practitioners intend it to be applied that is more or less good or bad. And this may be the instigation of the furious rush by everyone to co-opt “social enterprise”: For most, it is a completely defensive move meant to preserve or expand the ability of an enterprise to be profitable. No group of shareholders wants to be left out of being thought good and beneficial, especially these days.

So, ultimately, saying “All enterprise is social” actually reassures the very people for whom social enterprise is most unsettling. Social enterprise—as it is intended to work by those who have been inventing and refining it—limits the ability of an enterprise to pursue a course of absolute maximization of financial gain for only a few. Social enterprise, at its core, intends to earn and then share whatever “returns” can be generated in each of Schmidt’s’ “categories of social inventory” as broadly within the enterprise and the community in which it operates as possible. These returns are both financial and otherwise, even though an equivalent financial (cash) value cannot yet be reliably assigned to “social benefit.” That’s coming soon, one fervently hopes.

Given all of this, I don’t believe that any notion that this movement will survive in the absence of current or new regulation is realistic. Getting a spark to the tinder doesn’t make a fire. Even the first smoke doesn’t mean much. Specifically because current enterprise can so easily co-opt the language and nascent benefits of social enterprise, and is in fact already doing so with aplomb, the movement seriously needs to be protected, legally defined, and closely examined for the foreseeable future if it is ever to have a chance to gain a foothold. I’m reminded greatly of the 1970s and everything that was snatched up and commoditized (including notions of revolution and dissent) by corporations. I would extend the adage: “If you can’t beat ’em, join ’em and beat ’em.” Many people will be horrified at the suggestion that I believe regulation is required, and certainly I’m horrified at my own suggestion, but I honestly see no other way. “Joining ’em to beat ’em” also works both ways: More people sympathetic to the movement and what it represents MUST be more politically active to affect policy.

At its heart, for now, social enterprise must be kept simple: activity that intends at the outset, through its articles and actions, to share a broad range of benefits to enterprise and community in balance. Yes, balance will be debatable. And no, that doesn’t mean no one can be rich, or that everyone must be. It means that no one does anything alone, and no enterprise rises from nothing. When the intention of an enterprise is to be in balance with the community around it—in all the ways that Schmidt well described—then it can rightly be called social.