It’s Not Brain Surgery: Why Has Ben Carson Been Tapped for HUD, Again? 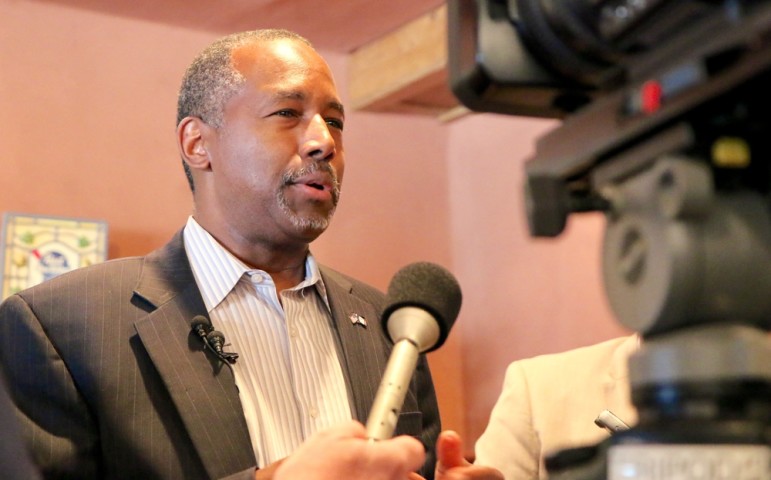 In one of the more surprising moves in a surprising political year, Donald Trump has named Dr. Ben Carson to become the next Secretary of the Department of Housing and Urban Development. The move is surprising because Carson, a 2016 candidate for president, has no professional experience in housing issues or urban development. It’s also surprising because Carson himself remarked on his lack of experience when the idea was first floated in the press about two weeks ago.

Make no mistake: Carson’s personal and professional story is nothing short of amazing. “Carson’s mother was only 13 when she married Carson’s father, who was 28. Carson’s mother subsequently discovered her husband had another family, for which Carson’s father eventually abandoned her.” Carson was raised in Detroit, attended college at Yale and graduated from medical school at the University of Michigan. At 33, he became the youngest chief of pediatric neurosurgery in the country (at Johns Hopkins). His pioneering neurosurgery on conjoined twins and first-ever neurosurgery on a fetus in the womb were among the accomplishments for which he was awarded the Presidential Medal of Freedom, more than 60 honorary doctorates, and made him the subject of a biographical movie in 2009 based on his book, Gifted Hands.

Being a great doctor, however, doesn’t make one a great government administrator or political leader. Carson has never worked in government and never managed a large organization in either the private or public sector. He has served on corporate boards, including those of Costco and Kellogg’s, but has no formal connection to housing which is an enormous and complex field. The HUD secretary oversees a $47 billion budget serving 5 million families a year.

As a presidential candidate last year, he wrote an op-ed piece in which he compared a HUD initiative to place affordable housing in more affluent areas with the “failed” policy of school busing in the 1970s and 1980s and claimed that the new HUD policy would not only harm affluent areas by imposing multifamily housing in single-family neighborhoods, but also stop places like New York City from building needed affordable housing units already planned.

Statements like these have traditional advocates and partners worried that Carson’s appointment signals significant change in how HUD will pursue its mission. There is little publicly available information about what specific housing policy and program changes the Trump administration will pursue. Both the GOP platform and the Trump transition website are almost silent on HUD-related issues. This might make one feel that the appointment has left a dangerous void.

Sarah Edelman, director of housing policy for the liberal Center for American Progress, comments, “The two biggest risks I see with a Carson administration are 1) that HUD sits on the sidelines, allowing Congress to chop funds for affordable housing, while our nation’s housing problems get worse, [or] 2) HUD abdicates responsibility for enforcing the Fair Housing Act, which would leave women, families with children, people with disabilities, and people of color less defended against a landlord or mortgage lender who discriminates against them and stall important economic mobility work.”

Tom Sugrue, an urban historian, further observes, “The possibilities for corruption are legion with a HUD secretary who knows nothing about the agency, its programs and its vastly complex budget.” (Especially with a callous real-estate developer as president.)

“It’s really unknown what kind of HUD secretary Carson will be, if he is confirmed,” says Barbara Sard, vice president for housing policy at the Center on Budget and Policy Priorities, a progressive D.C.-based research and advocacy organization. “There’s cause for concern if he’s not committed to sustaining vital federal rental assistance and continuing to make rental assistance more effective.”

In NextCity, Oscar Perry Abello writes that the impression of an as-yet-unknowable void is the same among major nonprofit housing organizations:

As recently as mid-November, Carson’s own business manager, Armstrong Williams, denied that Carson would take a cabinet post in the Trump administration. “His life has not prepared him to be a cabinet secretary,” Armstrong said. The call to duty is strong for some people, especially when issued by an incoming president. There is something paradoxically reassuring about an accomplished person being unsure of their own suitability for a high-profile, difficult task. The challenge in this case is that there is apparent justification for Carson’s self-doubts—justification that could be used to override the sense of duty owed to an incoming president and a nation seeking leadership.

Cabinet secretaries represent their departments and administration priorities to Congress, the media, stakeholders, and the public. They are expected to be familiar with their agency’s programs as well as the external environment in which their departments operate. At the very least, Ben Carson has a lot to learn before he can exercise that responsibility at HUD.

Meanwhile, as advocates point out, Carson would not himself be entering a void. HUD has 8,500 staff, who tend to hang in through changes in administration and which may blunt the effect of his leadership.

“I think people underestimate the actual dedication to the cause that civil servants of HUD have,” said Jones. “That’s where the rubber hits the road. We need to make sure people don’t forget.”—Michael Wyland and Ruth McCambridge