Notes from a Community Organizer: Find What Works, No Matter Whose Idea It Was 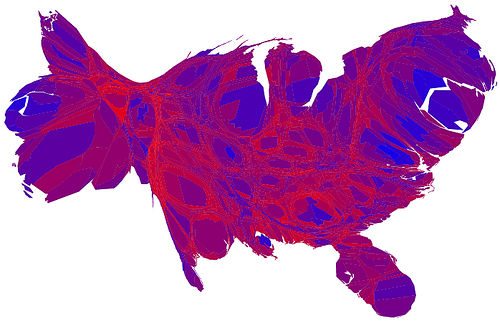 Editor’s Note: The following was submitted to Nonprofit Quarterly in response to Rick Cohen’s recent feature, “From Broken Windows to Community Policing: The Legacy of James Q. Wilson.” In order to better follow the article below, we recommend reading Cohen’s piece first.

This article reminds me of my days as one of the organizers of efforts to improve transportation resources for the almost 20 percent of East Texans who cannot, themselves, drive. I worked across political lines with frustrated liberals and conservatives. Our legislature had just gone over to a Republican majority and everything was in flux that year. There was such an adversarial relationship between parties that little was being done that year toward addressing many community issues. Liberals were busy shouting through bullhorns and chaining themselves to posts in front of the Capitol. Conservatives, feeling themselves under siege, were digging their heels in like the defenders of the Alamo.

Into that atmosphere, we brought a focused group that concentrated on fixing a problem our community had (we weren’t getting our share of transit funding) rather than on the method of fixing the problem. I worked closely with liberal colleagues who thought that, as a conservative, I should spontaneously combust or something. I taught them how to speak Republican. They taught me how to schmooze legislators. In the process, we all learned to speak truth to power. Many of Wilson’s ideas became part of our solutions as we concentrated on whom we were working to help instead of fixating on defending our political dogma. When we offered real solutions and used language that resonated with our state senators and representatives’ political ideas, we found support. The Republicans were so happy to be visited by an advocacy group that wasn’t angry with them that they found it easy to support us. The Democrats, feeling besieged under the new conservative-dominated regime, were tickled to be a part of any local social initiative that had a snowball’s chance of passing.

We were one of the few initiatives to win passage of the legislation we supported. Virtually all other social advocacy groups failed miserably that year and had to wait two more years to try again (in Texas, we only allow our legislature to meet bi-annually, as the framers of our constitution apparently felt that the less often the legislature meets, the less harm it can do).

The point is that if both sides can just put down the bullhorns and try harder to find common ground, then we can try some innovative approaches no matter who suggests them. Then, we stick with what works and toss aside what doesn’t. Too often, we get so attached to dogma that we put a program or policy in place and keep throwing money and effort at it no matter whether it’s successful or not. Though I’m a conservative and generally we’re supposed to vote Republican, for years I voted for one East Texas Democrat, an effective congressman who showed support for good ideas no matter who was behind them, politically.

The idea of my being a conservative community organizer always disturbed my liberal colleagues. To their credit, however, they gave me a chance and we were able to create a real bipartisan coalition that did good things for seniors, people with disabilities and low income families in our communities. I’ve worked with the Tea Party since its inception. There were no signup sheets or membership rolls in my part of the world; you were a member because you said so and showed up at rallies. No one paid us to show up. We paid our own way to rallies and protests. We bought materials to make our own signs. We brought our own lunches. I find that my liberal colleagues often view the Tea Party, through filters of their own experience, as part of highly organized political efforts. They assume a level of Tea Party organization that does not exist. We are remarkably inefficient as a group because the members refuse to march in lockstep.

The only thing that has given the Tea Party power is that its members are pushing back against some key liberal agenda items like big government, massive debt, higher taxes for anybody and taxpayer-supported abortion. The harder liberal activists push these reforms, the more solidified the opposition will become. The Tea Party is primarily a resistance movement, not a movement seeking societal transformation. In my experience, Tea Party members have little interest in forcing others to adopt their beliefs or in transforming society. The Tea Party is more about not losing rights and freedoms that its members value.

Nonprofits are caught up in the crossfire. To survive, we must find those areas of common ground between liberals and conservatives and give our people some practice at working together. Wilson-style “paint the lampposts” and “scrub the graffiti” initiatives can be embraced by both sides, no matter whether the idea comes from a conservative or is supported by former New York City Mayor Rudy Giuliani. Hey, it works. Let’s cheer that. I can get behind anything that actually reduces crime. I’ll pick up a paintbrush and join a bunch of old hippies to make the neighborhood look better. I think I have my old leather fringe vest, tie-dyed T-shirt and headband around here somewhere. I could fit right in!

Tom King is a freelance writer currently living in Puyallup, Wash. and a veteran of more than three decades in the nonprofit and education sector, working with children, seniors, people with disabilities, the homeless, people with mental illness and low income families. Tom helped start five new nonprofit organizations, served as a community organizer, sat on multiple nonprofit boards, wrote millions of dollars in successful grants, and organized fundraisers. He is the author of Going for the Green: An Insider’s Guide to Raising Money with Charity Golf.