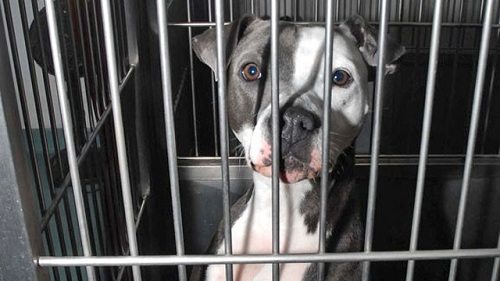 We live for the moment when someone who has been touched by our work leaves us unexpected millions, just because.

So when Susan Babbitt of the Collinsville, Oklahoma-based Ward-Wiseman Animal Haven received a call from a law firm informing her that the shelter had been left money, she did not question it too much, but went ahead and mailed the law firm the tax identification number. The donor, she would come to find out, was 68-year-old Mary Kay Thomas, who donated 27.5 percent of her estate to the shelter. No one could figure out the connection, but that is not unheard of, so she banked the donation and made big plans…to stay open.

“Every month, we worry that we’re going to have to close,” said Babbitt, “and almost every other month we have some kind of a fundraiser…I’ve always said, when you have an animal shelter you spend money, you don’t make money. There’s no way to get ahead. We charge a small fee—$120—to adopt the animal. But by the time we spade, neuter and give the animals heartworm tests, we’ve spent that much. But for the animals to be able to go to a good home, it’s worth it to us.”

But then, after eight weeks, the lawyers called again to ask for the money back. They had sent it to the wrong shelter. The right one was in Collinsville, Illinois, and they did, in fact, know Ms. Thomas and expected the money that was to come to them. Babbitt was devastated, but still “dogged” about keeping the shelter going, so she gave a call to John Miller, the mayor of Collinsville, Illinois, to ask for a half-and-half split. No word on that yet.

To help compensate for his error, the attorney whose staff made the mistake has declared he will donate his $12,000 fee to Babbitt’s shelter.—Ruth McCambridge