Click the cover image below to read and download the Spring 2012 digital issue of the Nonprofit Quarterly. 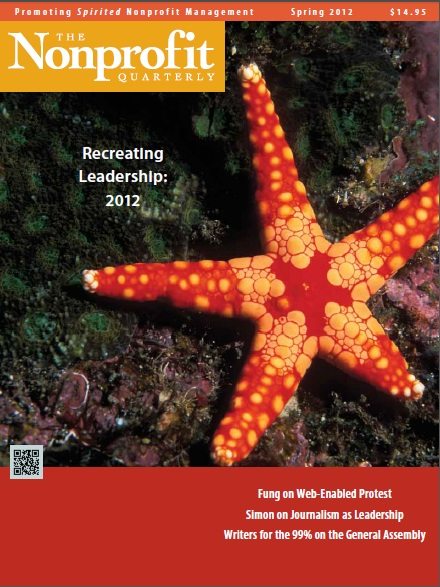 The Nonprofit Ethicist
The Ethicist weighs in on clashing interests, divided loyalties, and heavy-handed foundation behavior.
by Woods Bowman

Web-Enabled Protests Are Producing a New Breed of Leaders—Us
As Internet-driven movements proliferate and gather momentum, it may well be that iconic leader-centric movements are becoming a thing of the past.
by Brian Fung, MSc

Embedded in Chaos: Journalism  in 2012—A Conversation with  Joel Simon
Journalism is being transformed by technology and social media, allowing individuals to engage in journalism, whether or not they are affiliated with any media organization. So how do we protect these central actors in an informed democracy?

Leaning into Discomfort
Real leadership often means “leaning into discomfort.” In this article three leaders weigh in on the risks and the courage that it takes to “walk the talk.”
by the editors, in partnership with Robin Katcher, managing director of Management Assistance Group, and Jeanne Bell, CEO of CompassPoint Nonprofit Services

Blowing the Whistle: A Conversation with Louis Clark
The president of the Government Accountability Project discusses whistleblowing as an act of individual bravery and leadership, as well as how nonprofits working in the field where  the exposé has occurred can help.

The Courage of Persistence
An activist who has been on the front lines of the battle for economic justice for decades describes his pleased interaction with Occupy Wall Street.
by Steve Schnapp, MSW

Dr. Conflict
When a new boss has the entire organization walking on eggshells, a staff member begins to dread going in to the office.
by Mark Light, MBA, PhD

From Small to Scale: Three  Trade-offs for Smaller Nonprofits Trying to Get Big
How does a small to midsize nonprofit looking to expand fuel its growth? The answer lies in its organizational adaptability and big-picture approach to funding.
by Peter Kim, Suzanne Tollerud, and Gail Perreault

Tunnel Vision: Why Is the Nonprofit Public Policy Agenda So Limited?
Has the nonprofit sector lost its way in terms of the policy issues on which it has chosen to focus? Four experts discuss.
by Rick Cohen

Enhance Attrition or Thank and Release? Firing Lousy Board Members
The author outlines the six steps to firing nonperforming board members.
by Simone P. Joyaux, ACFRE 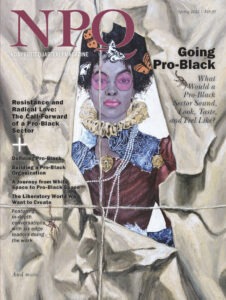 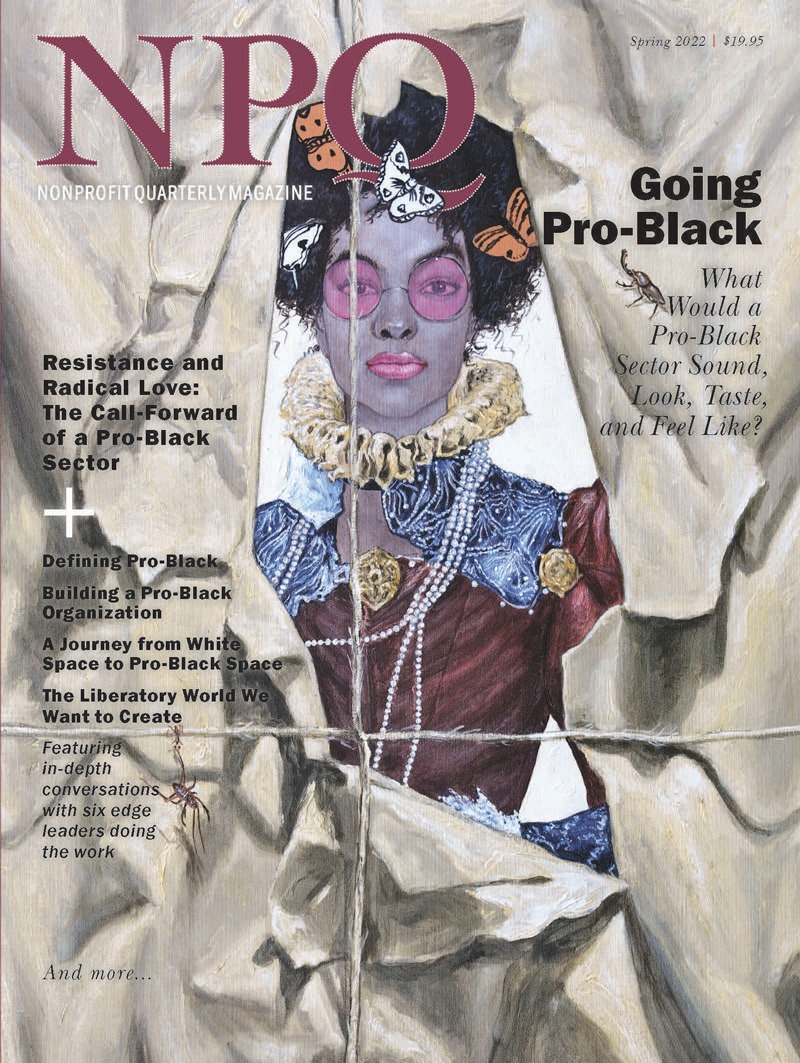