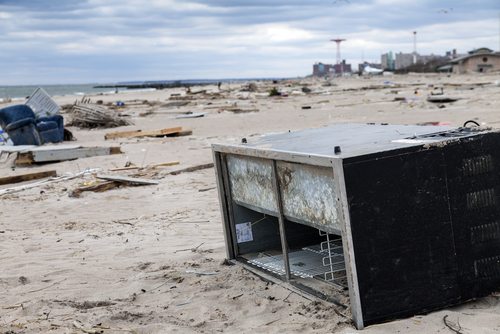 New York State Attorney General Eric Schneiderman has sent letters to 75 nonprofits asking them to detail their Superstorm Sandy fundraising and aid efforts by December 11, 2012. After that time, New York’s Charities Bureau, which falls under the AG’s jurisdiction, will report the results online. Given the flurry of Sandy-related fundraising, the goal of this information request, according to a press release issued by the AG’s office, is to “ensure that funds raised for Hurricane Sandy relief are used for that purpose.”

Among the 75 charities that the letter was sent to were large groups, from the American Red Cross to the Salvation Army, and smaller organizations, from the Brooklyn Recovery Fund (which NPQ has written about here) to Occupy Sandy (which NPQ has written about here). Beyond the initial group of 75, more charities are expected to receive the letter soon. The letter comes with an enclosure that asks charities to answer these seven questions (although there are up to 10 others buried within):

As if anticipating blowback from some nonprofits uninterested in filling out a survey while in the midst of helping people displaced or otherwise impacted by the storm, the letter from New York Charities Bureau Chief Jason R. Lilien notes, “We fully understand that you are currently responding to one of the largest natural disasters in United States history, and do not want to distract you from your efforts. We have therefore limited our questions to those you can promptly and easily answer and which will help inform the public at this stage of the relief efforts.”

That sounds reasonable enough, but of course an organization’s ability to answer these questions fully will depend on the completeness of their records during a period of crisis, which is often when best practices are put under the greatest duress. Schneiderman’s push for transparency in crisis response work is laudable, particularly in light of the many disaster-related scams that NPQ has noted over the years. Let’s also hope that there is a level of understanding, rather than a black mark, if an agency wholly focused on helping people in need hasn’t, say, figured out what it might do with surplus funds just yet. –Mike Keefe-Feldman