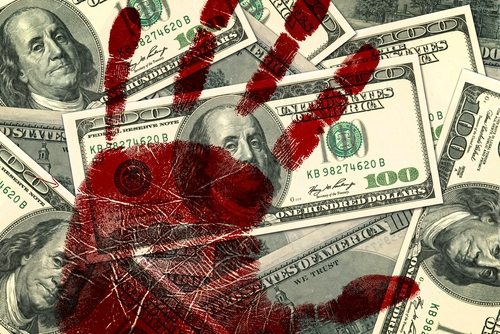 A report released by New York state comptroller Tom DiNapoli on Wednesday, October 29th, exposed the employment practices of a Brooklyn nonprofit that failed to pay its mentally ill workers correctly for years.

DiNapoli’s auditors estimate that the Shorefront Mental health board may have underpaid their employees by as much as $123,224 during 2013, a figure that is likely to rise after taking into account the lack of supplemental and other benefits to which workers were entitled from the time that Shorefront’s contract began in November 2011.

Shorefront was contracted until March 2014 to supply 26 janitors to work at several locations in Brooklyn and Staten Island as part of the part of the State Office of Mental Health’s (OMH) “Buy OMH” program, a statewide workplace initiative established to facilitate and improve the employability of New Yorkers with a psychiatric disability.

Even after a disciplinary meeting with DiNapoli’s officials in January 2014, Shorefront management attempted to conceal their duplicity by falsifying the hours on the payrolls they were required to submit to the OMH. They continued to cheat employees out of the correct wage by paying them for fewer hours than they had actually completed, telling workers to submit blank time sheets that would supposedly be filled in accurately by management. The audit found that one worker who completed a total of 72 hours in January 2014 and should have been paid $2,201.04 received just $600.34. These inconsistencies were present throughout Shorefront’s payroll documents.

“This contractor unconscionably cheated disabled employees out of thousands of dollars.” DiNapoli said. “OMH needs to take immediate action to make sure contractors follow the law to protect all workers.”

NPQ reported on the impact of the increase of minimum wage on nonprofits in April, pointing out that without amplified funding, these increases could have a negative impact on the operating capabilities of smaller groups. Whilst some nonprofits would have felt the real brunt of increased wages, what happened at Shorefront can only be seen as clear example of ingrained organizational corruption and deceit. Shorefront janitors were paid less than half the prevailing hourly wage ($19), receiving just $8.50 on average.

According to the audit, in an attempt to justify their actions, the Chief Operating Officer of Brooklyn Brite (a d/b/a of Shorefront) claimed that the workers were “technically earning the prevailing wage rate because they work at a very slow pace due to their medical conditions and medications. He stated that it consequently takes them three times longer than a professional cleaner to complete the same task, and therefore, he pays them for the equivalent amount of work.”

These sentiments are reminiscent of those appealed against by the Oregon chapter of the Cerebral Palsy Association in a lawsuit in January 2012. This precedential suit charged that sheltered workshops, which had aims similar to those run by Shorefront, segregated plaintiffs in work environments, paid them less than minimum wage, and perpetuated stereotypes about the inability of people with disabilities to function in mainstream work environments.

The incidents in Brooklyn and Oregon suggest that such facilities are largely outdated. Instead of serving as a road to immersion in a real work environment, workplace initiatives seem to position participants in a silo from an employability perspective, in some cases taking advantage of them and further preserving the stereotype that those with mental and physical disabilities deserve a lower wage and lesser treatment. Failing to provide a real pathway to integrated employment keeps people with disabilities in the shadows, a danger of which similar organizations should be mindful.—Hannah Butler

Homelessness and the Fierce Hostility of the Urban Landscape