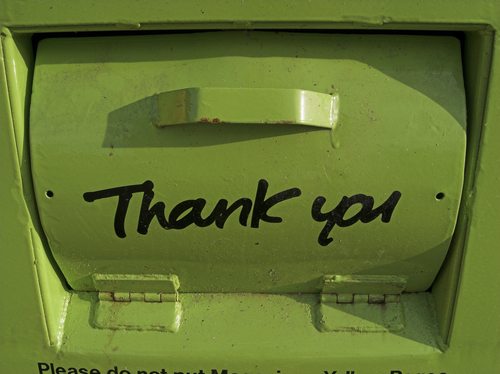 A local government crackdown on the large, metal, clothing donation bins so widely used by charities and nonprofits is back in the news—this time in New York City. (Nonprofit Quarterly recently wrote about Evanston, Illinois.) According to the Gothamist website, the City Council will vote on a measure allowing the city to immediately seize the bins that “litter” city streets—a process that now takes more than a month.

“This legislation will remove these eyesores from public locations and hold those who place them accountable,” City Council Speaker Melissa Mark-Viverito told the website.

The textile-recycling market has become more than a million dollar industry in the U.S., and clothing donors unwittingly contribute to it by donating to illegally placed bins. The boxes, often labeled with “charity” or “donation” in large letters, are presumably there for people to donate used goods to the needy. But the clothing often ends up back on the market, profiting private companies. Goodwill New York believes that the phony bins take away money from charitable organizations because people believe that they are donating to charity, while they are, in fact, giving money to an entrepreneur.

Last month, New York City inspectors tagged 670 illegally placed units, with the boxes often reappearing not far from where they were removed. To date, the City has had little power to quickly confiscate them, but the new law would allow it to seize the bins faster.

A hearing for the new measure has been scheduled for September. In Evanston, city officials imposed a licensing requirement on the bins in order to regulate their placement and keep the numbers under control, after they began springing up all over town, sometimes with negative neighborhood impacts.

Nowhere does the cooperative relationship between local government and community-based nonprofits matter as much as it does in the placement of those ubiquitous boxes, and by developing a working relationship, city officials and charities can keep unauthorized phony collection boxes off the streets.—Larry Kaplan