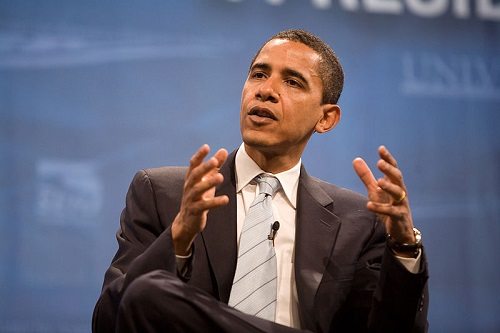 Being called “deporter-in-chief” by the head of the nation’s largest and most influential Latino advocacy organization has to have caught President Obama’s attention. The National Council of La Raza seems to have had it with President Obama’s policies on immigration, particularly his deportation of over two million immigrants.

Unless she changes her mind and her text, NCLR president Janet Murguía plans to use her speech at the organization’s Capital Awards dinner to lambaste the president and call for a cessation of deportations. Given the president’s announcement that he is willing to use his unilateral executive powers in the absence of congressional action, Murguía is subtly reminding the president that the decision is his, that he can’t use congressional polarization as a justification for the deportations that he had overseen, more than any other U.S. president ever. (Note: In the past, President Obama has said that he could not unilaterally reduce or stop the deportations because of Congress, and last week, White House Press Secretary Jay Carney reaffirmed that position.)

In her prepared remarks, Murguía plans to say, “We respectfully disagree with the president on his ability to stop unnecessary deportations…He can stop tearing families apart. He can stop throwing communities and businesses into chaos. He can stop turning a blind eye to the harm being done. He does have the power to stop this. Failure to act will be a shameful legacy for his presidency.”

The opening line of Reid Epstein’s article in Politico is powerful: “President Barack Obama has lost the nation’s largest Latino advocacy organization.” It is particularly striking since the head of President Obama’s Domestic Policy Council is Cecilia Muñoz, NCLR’s former head of research and advocacy, giving the organization distinctive access to Obama officials.

Politico says that NCLR was one of two major organizations, the other being the Center for American Progress, that had been supporting the White House on its immigration policies as other progressives had turned into critics. Like NCLR, CAP also has close connections with the White House, most recently having founder John Podesta join President Obama’s staff.

Why did the Obama administration turn out to be harder on immigrant deportations than any previous administration? It appears that its strategy for comprehensive immigration reform was to prove to Republicans that it could be tough on undocumented immigrants, ostensibly winning credibility with GOP opponents. That has been a consistent part of the Obama administration playbook: agree to key parts of the Republican agenda in order to win Republican support overall. Many of the compromises made by the administration on healthcare reform, for example, reflect that approach, with as much success in winning GOP support for the Affordable Care Act as in luring Republican support for immigration reform.

Going into the 2014 elections, the administration faces a tough challenge when the head of the largest Latino advocacy organization in the nation says that, on the issue of deportations, the White House’s “credibility is growing thinner and thinner by the day.”—Rick Cohen