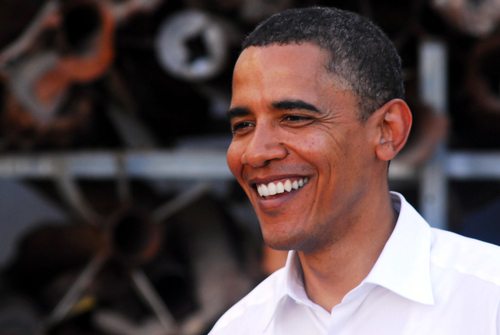 In communities of color, despite their overwhelming support of his reelection against Mitt Romney, and sometimes within the white community as well, Barack Obama is often characterized as a “post-racial” president. Donna Brazile, an influential and high-profile Democratic Party strategist, wrote that with Obama’s election in 2008 and his reelection in 2012, this nation “chose to continue on the road to a ‘post-racial’ society.”

But hopes of a post-racial nation don’t wish away the racial disparities found in so many realms of our society. One of those disparities is in sentencing for the use of cocaine. As Danielle Kurtzleben reported in US News & World Report, the most obvious of all the disparities in drug sentencing can be found in the differences between the use of crack and powder cocaine.

“According to the commission, 79 percent of 5,669 sentenced crack offenders in 2009 were black, versus 10 percent who were white and 10 percent who were Hispanic,” Kurtzleben wrote. “The figures for the 6,020 powder cocaine cases are far less skewed: 17 percent of these offenders were white, 28 percent were black, and 53 percent were Hispanic. Combined with a 115-month average imprisonment for crack offenses versus an average of 87 months for cocaine offenses, this makes for more African-Americans spending more time in the prison system.”

The racial disparities in drug sentencing and incarceration led President Obama to sign the Fair Sentencing Act in 2010, aimed at reducing the disparity, but it only applied to new cases, not old ones. As a result, many persons of color have been languishing in jail for decades for the use of crack cocaine as teenagers. One case involved Reynolds A. Wintersmith, Jr., who as a teen in Rockford, Illinois, was sentenced in 1994 to life in the big house for selling crack cocaine. The judge in the case had extreme misgivings, but the mandatory sentencing law gave him no choice.

Yesterday, President Obama took a further step toward attacking racial disparities by commuting the sentences of eight persons, including Wintersmith, who were serving prison sentences due to crack cocaine drug convictions. (Coincidentally, the 39-year-old Wintersmith is the first cousin of Massachusetts governor Deval Patrick, a close friend of President Obama. Patrick says he has no recollection of ever having met Wintersmith and did not know about the commutation until reading it in news reports.)

It was a big move for Obama, who until this point had been stingy with commutations and pardons. In his previous five years in office, Obama had commuted the sentence of only one person for a drug-related conviction. Commutations are generally more important than pardons. A presidential pardon basically wipes a crime from someone’s record, usually after the sentence has been served, but a commutation ends someone’s punishment—in these cases, unjust, racially disproportionate sentences.

The head of the Drug Policy Alliance congratulated President Obama, but with a caveat. “Kudos to President Obama for commuting these eight people, but shame on the president for not commuting many more,” said Ethan Nadelmann. “With over 100,000 people still in federal prison on nonviolent drug charges, clearly thousands more are deserving of the same freedom.”

Therein lies the problem. Eight drug sentence commutations is admirable, especially compared to one in the five previous years, but it hardly makes a dent against the thousands of disproportionate sentences given to persons possessing crack versus powder cocaine.

We’ll congratulate President Obama as well for taking a step toward confronting a serious and documented problem of racial disparities head-on. But regardless of the Fair Sentencing Act, disparities in the courts still occur as headline news. Take the case of the hip-hop aficionado freshman Republican congressman from Florida, Trey Radel, who purchased 3.5 grams of crack from an undercover dealer in Washington, D.C.’s Dupont Circle and was sentenced, not to jail, but a year’s probation. It’s not hard to imagine that a young man of color might not have been treated so leniently.

The disparities still persist. According to a report from the Bureau of Justice Statistics, among the prisoners under state jurisdiction for drug crimes as of December 31, 2011, were 67,271 whites, 91,775 blacks, and 47,479 Latinos. In other words, more than two-thirds were persons of color. It is hard to imagine that there aren’t hundreds, or even thousands, of persons who have been in jail much longer than they should have been for minor drug offenses, and much longer than white persons charged and convicted of similar crimes. The President’s eight-person commutation is a recognition that his election and reelection didn’t magically turn the U.S. into a post-racial society, or him into a post-racial president, but eight is by no means enough.—Rick Cohen