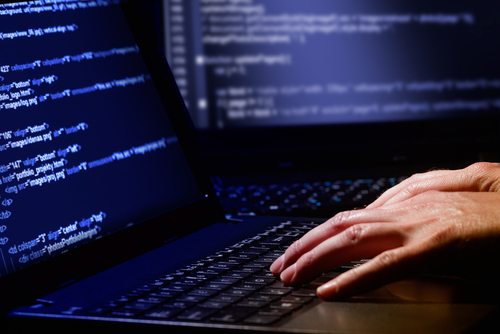 Another Jeremy Scahill expose has been published about the Obama administration’s quiet approval of a plan to expand the U.S. government’s terrorist watchlist. Scahill and his co-author Ryan Devereaux obtained the 166-page “March 2013 Watchlist Guidance” document of the National Counterterrorism Center, which explains how the administration is changing its definitions of who gets put on the terrorist watchlist or the “no-fly” list. Scahill and Devereaux say that the new rules do not mandate that the government provide or even possess “concrete evidence” or “irrefutable facts” for putting someone into the Terrorist Screening Database (TSDB)—the watchlist, so to speak—that potentially turns someone into a “known or suspected terrorist,” a “KST” in government spook language.

An important section of the report explains what kinds of information government entities should collect in encounters with people on the watchlist. One might assume, regardless of the legitimacy of one’s name ending up on the watchlist, that the typical agency involved in that data collection would be the Department of Homeland Security, given its role at airports and at border crossings. The surprising federal data collector on the list, highlighted by Scahill and Devereaux, however, is the U.S. Agency for International Development (USAID).

“As the rulebook notes,” they write, “USAID funds foreign aid programs that promote environmentalism, health care, and education. USAID, which presents itself as committed to fighting global poverty, nonetheless appears to serve as a conduit for sensitive intelligence about foreigners.” It is ironic that a component of the Obama administration’s terrorism agenda involves deploying USAID to vet experts in environmentalism, health care, and education to see who might be using those issues as cover for their nefarious terrorist designs.

The government report on Watchlist Guidance is an acronym-filled tome with a panoply of revelations regarding how the government maintains these watchlists, the roles of multiple federal agencies in adding to them, and the Obama Administration’s agenda for expanding the watchlist scope.

Among the categories of people who might end up on the watchlists are “terrorist facilitators.” These facilitators, encountered during federal agency reviews because of a reasonable suspicion held by someone in government that they might be terrorists, include people who might be “identified as sympathizers and supporters of a Designated Terrorist Organization.”

To see USAID highlighted as a mechanism for the collection of information on potential terrorists, identifiable simply because someone has a “reasonable suspicion”, might be disturbing to many people. Here is what the report says about the USAID role (p. 63):

“United States Agency for International Development (USAID) works in agriculture, democracy and governance, economic growth, the environment, education, health, global partnerships, and humanitarian assistance in more than 100 countries. When USAID receives an application seeking financial assistance, prior to granting, these applications are subject to vetting by USAID intelligence analyses at the TSC. If USAID/TSC finds that an application relates to a person who is a POSITIVE MATCH to a KNOWN OR SUSPECTED TERRORIST in the TSDB, USAID/TSC will provide any TERRORISM INFORMATION concerning the application and follow standard TSC procedures for processing TERRORISM INFORMATION to include logging the ENCOUNTER in EMA.”

Think about the USAID role. The “applications” it gets are in many cases proposals or RFP/RFQ responses from nonprofits hoping to get USAID funding for their overseas development projects. Does their willingness to work in difficult areas—Afghanistan, Palestine, South Sudan, and other places in the Middle East—make these groups or the people behind them reasonable suspects as potential terrorists (or terrorist sympathizers or “terrorist facilitators”)? Do their applications and additional negotiations, including information on their partner agencies in these overseas development settings, mean that groups that work with U.S. NGOs have to suspect that they or their staff run the risk of being placed on a terrorist watchlist, with data collected and turned over by USAID to the TSC and the watchlist?

If all it takes is a “reasonable suspicion,” with no requirement of actual evidence, that someone might be a terrorist, it seems like U.S.-based NGOs and their in-country partners applying for USAID moneys run a risk of seeing their names appear on the terrorist watchlist.—Rick Cohen