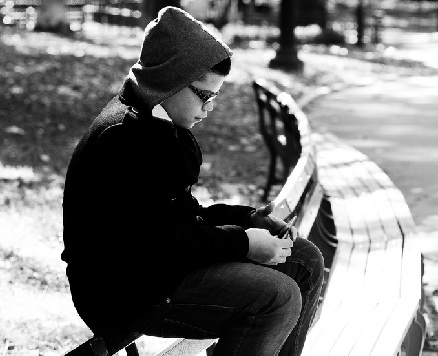 When Jane Furuseth of the HOWA Family Center in rural Walker, Minn. was having trouble contacting the high school-age participants in her mentor program, she employed a highly unorthodox means of communicating with them: text messaging. Such a method was not unusual for the teens, who routinely text one another. Rather, it was uncommon for a small, community-based nonprofit to employ text messaging as a means of engaging program participants. But all that is changing quickly.

“Apparently, kids aren’t using e-mail anymore,” says Furuseth. “It’s kind of a waste of time with this age group. And they’re not allowed to have their cell phones on at school, but most of them still do—they just keep them on vibrate. They would never answer a phone call during the day, but they could see a text message at any time and either instantly reply or respond immediately after class.”

And it’s not just for kids. As text messaging has grown ubiquitous, so too has its popularity as a simple, inexpensive way for nonprofits to reach their constituents. A great deal of attention has been focused on the use of text messaging to raise funds following huge natural disasters, but organizations have also been uncovering innovative ways to leverage text messaging to engage community members in their work. From text-based applications to mobile customer relationship management platforms to simple one-to-one communications, text messaging has suddenly become sexy again.

“An Elegant Simplicity:” The Appeal of Text Messaging

Short Message Service (SMS) text messaging, which has been widely available since the late 1990s, is the most widely used mobile data service today. While Twitter recently celebrated a milestone of reaching 400 million tweets per day (a mere 150 billion tweets per year), worldwide SMS traffic reached 7.8 trillion messages in 2011 and is projected to grow to 9.6 trillion by 2015, according to Portio Research.

For organizations that serve historically marginalized communities, text messaging is particularly appealing. Unlike other technologies that require computers or broadband connectivity, there is virtually no text messaging digital divide based on ethnicity, income, or education level. According to the Pew Internet and American Life Project, Latino and African-American adults are more likely than whites to send or receive text messages, people with annual incomes under $30,000 send nearly twice as many text messages per day as those with incomes over $75,000, and people with less than a high school education text at twice the rate of those with advanced degrees. And mobile phones are everywhere. According to Pew, 88 percent of adults in the U.S. own a mobile phone, a rate significantly higher than ownership of laptop computers (57 percent), desktop computers (55 percent), smartphones (46 percent), and tablet computers (19 percent).

“Texting is effective because it’s ubiquitous, it’s personal, and it’s virtually spam free,” says Jed Alpert, co-founder and CEO of Mobile Commons, an online platform that allows organizations to manage texting and mobile campaigns. But Alpert also admits that there is something inexplicable about why texting has become the default means of communication on mobile devices. “If you were to go back and predict which technology would take off, I don’t know who would have picked SMS,” says Alpert. “Text messaging is too simple, too unglamorous. But it engages us in the way we like to engage. There’s an elegant simplicity to it.”

It was this very simplicity that convinced Blue Planet Network to build its community engagement network using SMS-based communications. Operating across 27 countries, Blue Planet Network connects NGOs, funders, academics and community members to monitor and collaborate on safe drinking water projects. According to Lisa Nash, CEO of Blue Planet Network, “The challenge in the water, sanitation, and hygiene sector is that a great deal of attention is paid to project implementation—the new ecosan toilet, the new hand-washing station, or the new arsenic-free well. But unfortunately up to half of these projects fail within the first five years, not because of poor implementation, but because no one was thinking enough about sustainability at the outset.”

Blue Planet Network began utilizing a simple SMS-based monitoring system that enables community members equipped with cell phones to monitor and report on safe water installations. If a problem arises, other network members can provide real-time assistance in the form of additional funding or expert advice. Launched in India in 2011, the platform will soon be deployed in the San Joaquin Valley of California, where arsenic-heavy drinking water threatens the health of migrant workers.

“The power of SMS is the power to let anyone participate,” says Nash. “We’ve already seen text messaging in fundraising, but now we’re seeing how it is enabling communities to take charge of the sustainability of projects and increase transparency across the sector. And this can happen anywhere in the world. Simplicity is power.”

“I think SMS has so many possibilities,” says Juntos Finanzas CEO and founder Ben Knelman. “It’s very difficult to reach our consumers through other media.” While a graduate student at the Institute of Design at Stanford, Knelman didn’t set out to build an SMS-based platform, but landed on it when he witnessed the challenge faced by first generation workers who lacked bank accounts. “We met with night shift janitors, immigrants from Mexico, and heard their stories and their financial experiences,” and that helped him realize that he wanted the product that eventually became Juntos Finanzas to run counter to the logic of the industry, which was attempting to automate everything, by forcing customers to manually track spending using the cell phones.

“People told us that we can’t have a product where the customer has to do any work because they won’t do it,” says Knelman, “but it’s the very fact that users have to enter information themselves that make it effective. The challenges of the SMS-based platform were part of what drove the best parts of product—a sense of ownership and empowerment we never expected to see.”

Other examples of organizations that have leveraged text messaging as a core strategy for achieving their mission include: Text4baby, which transmits tips on pregnancy and infant care; Txt2Wrk, which allows job seekers to receive job posts, listen to job descriptions and even submit applications using their mobile phone; DoSomething.org, which recently ran a text-based campaign to educate youth on the dangers of texting while driving; Reform Immigration for America, which used SMS to organize a nationwide conference call of 60,000 supporters at 1,000 house parties; and Internet Sexuality Information Services, which designed Hookup, a sexual health text messaging program for youth in California that offers health tips and information on nearby clinics.

Mobile Commons’ Alpert says that taking advantage of text messaging is not a question of an organization’s size, but how effective an organization is at identifying whom it wants to reach and how it wants to reach those constituents. “Fundraising is always forefront on a nonprofit’s mind, but engagement that leads to sustained donations is really want nonprofits want—not necessarily just the one-time emergency,” says Alpert. “We always thought we would get one-word responses from mobile campaigns, but people send dozens and hundreds of text messages. To give considered and reasoned and thoughtful answers over text messaging is quite common.”

“It seems like such a natural thing. I’m surprised more organizations don’t use text messaging,” says the HOWA Family Center’s Furuseth. Alpert agrees, noting, “With text messaging, you are simply taking the most popular form of communication and making yourself available on it.”

Is your organization using SMS to engage with your community? We’d like to know about it!