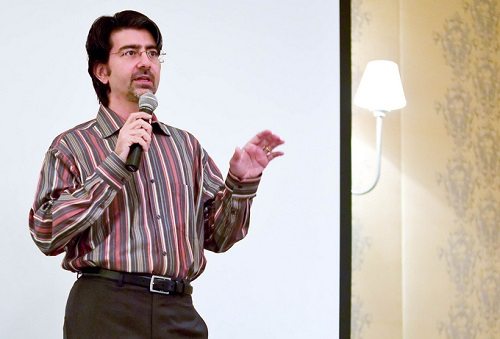 Glenn Greenwald was a controversial but largely solo investigative reporter and columnist for the Guardian before the recent announcement that Pierre Omidyar was planning on partnering with him in launching a whole new news operation from scratch. This would be just one more nonprofit news startup, but for the fact that 1) it will not be nonprofit, and 2) it will be started with a quarter of a billion dollars in venture capital via Omidyar. His choice was, apparently, to eschew the purchase of the Washington Post in favor of starting something with none of that institution’s legacy structures.

This article from the Economist proposes that this should be no surprise, since Omidyar is an entrepreneur and not a turnaround guy. “Both at eBay and in his charitable schemes, he has demonstrated an ability to turn a promising but vague idea into something concrete and substantial.” And this idea is, as yet, somewhat vague, at least in its public state. One colleague recently commented to me that “That is the biggest load of money pumped into the least amount of plan I have ever seen”—but welcome to the world of digital journalism, where all is in a state of high experimentation. It is the perfect place for a large, loose investment based on a powerful core concept and with a few of the right key people in place.

So, is Glenn Greenwald the right guy to be a major partner? The New York Times took up the question in a respectful back-and-forth between him and Bill Keller, where Keller takes him on concerning the line between journalism and activism.

Greenwald is clearly on the ethical-journalist-as-activist side of things: “My view of journalism absolutely requires both fairness and rigorous adherence to facts,” he writes. “But I think those values are promoted by being honest about one’s perspectives and subjective assumptions rather than donning a voice-of-god, view-from-nowhere tone that falsely implies that journalists reside above the normal viewpoints and faction-loyalties that plague the non-journalist and the dreaded ‘activist.’”

On NPR, Omidyar himself is quoted saying something very similar but goes even a step further about the function of “voice.”

“Audiences today really want to know who is reporting the news to them. You know, trust in institutions is going down, and audiences really, they want to know the people behind the story. They want to know how it’s being reported to them. And so there’s much more appetite for connecting with people who have expertise, a real passion around the topics they cover, a real voice. They put themselves in the story, because of that expertise. They’re not afraid to share their opinion. And audiences actually want to connect to personalities.”

Later he remarks, “rather than looking backwards at old business models that we wished still existed, we’re looking forward to this incredible opportunity. You know, you have a global communications medium. You have people that are connecting with one another at a personal level through things like Twitter. Around the world, across borders, they’re connecting with each other, learning about other cultures. And this is just truly a golden age for journalism. It’s a time for independent journalists to make their mark. And, you know, we’re going to create an entity that helps drive that forward.”

More broadly, beyond his massive investment behind Greenwald, Omidyar is demonstrating a belief, as summarized by the Economist, that “in the right circumstances a business can be at least as powerful a force for good as a charity.” It is an expression of Omidyar’s concept of “impact investment”—big money and a willingness to take on high risk “to accelerate the growth of an entire sector.” In this instance, Omidyar is aiming to impact investigative journalism with a huge jolt of growth.—Ruth McCambridge