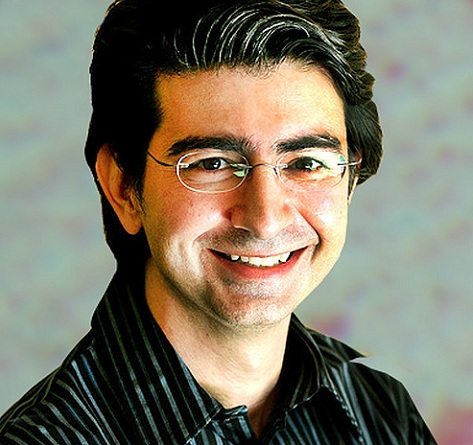 Pierre Omidyar, eBay’s founder, told PressThink blogger Jay Rosen that although he was offered the opportunity to buy the Washington Post, he passed on that opportunity in favor of investing the same amount ($250 million) in a large mass-media news startup that is to be both bold and very different in its structure. He has also chosen some partners for the project in Glenn Greenwald, who has been covering the NSA story for the Guardian, as well as journalist Jeremy Scahill and documentary filmmaker Laura Poitras. Greenwald is quoted as saying “I was presented with a once-in-a-career dream journalistic opportunity that no journalist could possibly decline.”

As we understand it so far, the opportunity entails building a news organization that pulls together, publishes, and supports excellent independent journalists with their own unique “voices,” followings and beats, with part of that support being a rigorous core of editors. The caveat is that the design is still very much forming.

Although apparently the endeavor will not be nonprofit, Rosen, who was consulted by Omidyar, says that all proceeds from the new company will be reinvested in the journalism, which sounds like nonprofit distribution to us. (This is not, of course, Omidyar’s first approach at journalism. He also founded Hawaii’s Honolulu Civil Beat.) Omidyar’s interest in journalism is underwritten by his belief that it is core to a healthy democracy.

Here is an excerpt from a statement by Omidyar:

“I explored purchasing the Washington Post over the summer. [Through that] I developed an interest in supporting independent journalists in a way that leverages their work to the greatest extent possible, all in support of the public interest. And, I want to find ways to convert mainstream readers into engaged citizens. I think there’s more that can be done in this space, and I’m eager to explore the possibilities.

Right now, I’m in the very early stages of creating a new mass media organization. I don’t yet know how or when it will be rolled out, or what it will look like.

What I can tell you is that the endeavor will be independent of my other organizations, and that it will cover general interest news, with a core mission around supporting and empowering independent journalists across many sectors and beats. The team will build a media platform that elevates and supports these journalists and allows them to pursue the truth in their fields. This doesn’t just mean investigative reporting, but all news.”

And some of Rosen’s observations:

“By ‘support’ Omidyar means many things. The first and most important is really good editors. (Omidyar used the phrase ‘high standards of editing’ several times during our talk.) Also included: strong back-end technology. Powerful publishing tools. Research assistance. And of course a strong legal team because the kind of journalism [the unnamed entity that Rosen calls] NewCo intends to practice is the kind that is capable of challenging some of the most powerful people in the world. Omidyar said NewCo will look for ‘independent journalists with expertise, and a voice and a following.’ He suggested that putting together a team of such people means understanding how each of them does his or her work, and supporting that, rather than forcing everyone into the same structure.”

NPQ is impressed as all get-out. A design that joins excellent editors with well-supported reporters with beats and followings and “voice” is exactly where we believe the field needs to go, but to date, startups have been relatively small. This effort, with its healthy capital and talented core, will be one to watch!—Ruth McCambridge